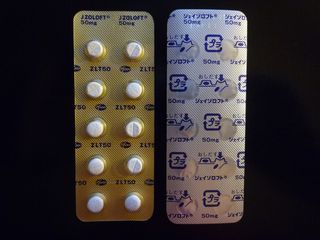 Are you going crazy?  Chances are there’s an expert who says “Yes!”

Statistically the odds are staggering: In the United States today, one in every five Americans is affected by mental illness. It is estimated that nearly half of the American population will be diagnosed with some psychiatric disorder in the course of their lifetime. According to the World Health Organization, mental illness is the second leading disease that affects people in working market economies around the world.

We are, without a doubt, the craziest culture in world history.  At least if you go by the psychiatrists.  With the increasing stress and pressures of the twenty-first century, the demands on our fragile human nature continue to increase. And so, the question becomes, as a society are we “mentally ill” or are we simply buckling under the pressures of everyday living?

Interesting, right? Plausible, not so much.

In fact the etiological causes of many mental disorders have little or no complete medical understanding, and abnormal behavior continues to be a mystery.

In fact the etiological causes of many mental disorders have little or no complete medical understanding, and in the last decade several research studies and media publications have questioned this chemical presumption; particularly for those diagnosed with  depressive disorder undergoing treatment with anti-depressant medications.

Six percent of the population in the United States is said to struggle with depression.

According to the dysregulation hypothesis, the neurobiology of major depressive disorder results from a failure in neurotransmitter systems. Five different types of anti-depressant medications are currently FDA approved; selective serotonin reuptake inhibitors (SSRIs) are the most common.

This year, the Wall Streeg Journal released a provocative article entitled “Effectiveness of Anti-Depressants Varies Widely.” The article examines published research by the Journal of the American Medical Association (JAMA). The article and research studied patients diagnosed with mild to moderate depression taking SSRIs; a population with little previous research. The research suggests that people who take SSRI medications for mild to moderate depression pharmacologically benefit slightly more than the placebo effect—leading the media to pronounce anti-depressants as “sugar pills.”

And, more, in 2007 and 2005, the FDA issued statements requiring pharmaceutical companies to include “black box” warnings on anti-depressant medications stating an increased risk for suicidal ideation and behavior in children, adolescents and young adults (ages 18 to 24) in the first stage of treatment. Interestingly enough, suicidal thinking and behavior is one of the things that many diagnosed with major depressive disorder struggle with. A conundrum to say the least …

Previous research has mostly focused on patients diagnosed with severe depression; for which anti-depressants are said to have markedly higher pharmacological benefits. The research indicates that depression is one of the psychiatric disorders with highest recovery rates; with or without medication. And more, that depression is often situational and self limiting; for which traditional “talk therapy” is the most effective at alleviating.

For mild to moderately depressed folks, anti-depressant medications are no better than the placebo effect of a sugar pill at fixing the “chemical imbalance,” while talk therapy (which doesn’t take chemicals into account at all) has real and sustained benefits.  So, one has to wonder—is there a “chemical imbalance” to start with? Or, is it something else that social neuroscience and allopathic medicine is yet to understand? Time shall tell—in the meantime, medical and mental health professionals need to exercise caution and care.