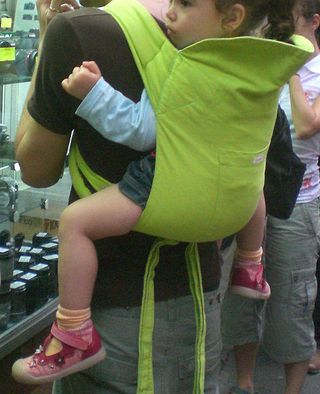 White picket fences….suburban windy roads…..and two Pamper smelling Gerber babies;  add two parents and you have a family of four. Mom stays at home, practices attachment parenting and Dad leaves at eight each morning in his suit and returns promptly at five. Welcome to the modern idealized family:  a figment of the imagination.

An estimated six-percent of families in the United States come from two parent single income households.  Yet this is held as the gold standard for raising healthy, competent, and successful children. If, God forbid, a child struggles during his teenage years, poor mom’s “choice” to work is blamed.

A recent Wall Street Journal article highlighted the illusions inherent in the idealized version of the modern family. Poignantly coining the term Motherphillia, the article speaks to the delusion of motherhood and family life displayed on television, in the tabloids, and in society’s psyche. For all we think family life should be like a 21st century version of Ozzie and Harriet, the demands on mothers and fathers only seem to be growing, with the latest hip expectations of cloth diapers, homemade baby foods, and – the newest fad – attachment parenting.

Actually, though, that last one may not be so bad.  Attachment parenting is new, but its roots go deep into efective, and humanistic, approaches to parenting.

According to William and Martha Sears, who present attachment parenting in The Baby Book, attachment parenting involves an intuitive style of listening and responding to a baby’s cues and needs as they relate to bonding, breastfeeding, babywearing, bedding/sleeping, and the language aspect of a baby’s crying. Referred to as the seven Baby B’s, each “B” works through the individual attention given to the baby’s natural cues which a mother responds to through harmonious interactions with the little one.

Interestingly enough, the idea of “attachment parenting” comes from psychology and the work of John Bowlby. Bowlby, a noted psychologist and psychiatrist, practiced psychoanalysis and came to develop the theoretical tenets of attachment theory through his work with ethology and evolutionary psychology. Today, the foundational tenets of attachment theory have spread like wildfire and are part of a new parenting revolution. Interestingly, they are also part of humanistic and existential psychology’s Emotionally Focused Couple’s Therapy (EFT).

Attachment theory, stemming from the work of John Bowlby has undeniably had far reaching effects—from babies, to parenting, to therapy and everything in between. Grounded in humanism and existentialism, it mirrors humanity’s need for solid attachments, meaning-making, and actualizing tendencies amidst the hustle and bustle of everyday life. And, with attachment theory’s empirical validation, it will likely continue to gain momentum.

Looks like the hip parents get it right once in a while.