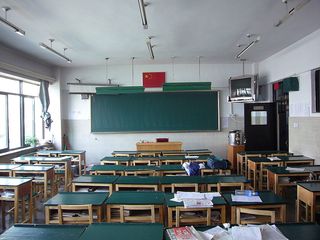 It seems every week now, local school districts and state and federal governments are announcing cuts on educational budgets with the ultimate impact on our children and their greatest resource; their minds.

Some people think they have better ideas.  Bill Gates, founder and former chairman of Microsoft Corporation, has been one of the most outspoken critics on educational reform in the wake of budget cuts. In the wake of stimulus money running out in school district, Gates has urged school budget officials to compensate based on teacher excellence; not on seniority or education. And, more importantly, to reward teachers based on their ability to control classrooms, educate troubled children, and include families in the process of educating their youngsters.

This agenda for schools assumes, however, that teachers can control the most significant variables impacting a child’s performance in school.  Is this really the case?

Psychology has long looked at successful education and children in the context of the family. Family therapy, in particular, has stressed systematic thinking and psychodynamics as essential in understanding a child’s success or failure in educational and social settings.

In Treating Troubled Children and Their Families, Ellen Wachtel examines the role of the family environment in the symptomotology of troubled children. A revolutionary psychologist, Wachtel looks at the troubled behavior of children as serving a function within the family context. Wachtel states, “Viewing children’s problems as a product of ongoing interactions, rather than simply a reflection of something coming from within, provides a crucial perspective we forget at our peril.”

Wachtel views the process of viewing the child within the context of the family as starting from the family’s first therapeutic interaction. In this context, the therapist is able to view physical boundaries, interactions, coalitions, alliances, roles, reactivity and the value system within the family. By understanding these core elements of interaction in the family system, a therapist can then move to guiding the family toward new communicational patterns, boundaries and alliances as a means to indirectly work on the child’s symptomatic behavior. From this point, anxiety, adaptational styles and defense mechanisms can begin to be directly worked on. The family and individual child with problems can begin to understand the behavioral and systemic reinforcements for maladaptive defense and coping mechanisms. The therapist works directly with the family; not singling out the child recognizing that he or she is simply responding to the environment formed and perpetuated by adult leadership.

In the last steps of Wachtel’s theory, family members are encouraged to look into denied aspects of their personhood; specifically feelings of anxiety, rage, deprivation and aggression. Attachments between children and their parents are explored in-depth. From this point, Wachtel recommends interventions based on psychodynamic and behavioral formulations focusing on storytelling, family structure, systemic and behavioral adjustments and fear-based limitations.

Wachtel, among other scholars, have consistently stressed the family as an integral part in a child’s school performance and ultimate educational endeavors. From this perspective, a child’s behavior results from the family system; not from an internal deficit in the child. With this holistic understanding, the Gates foundation, school districts and state and local governments would benefit tremendously from including a child’s family in the educational process and budgeted programming; as their contribution or neglect directly affects the child’s performance.

That’s not something teachers alone can do, no matter how you incentivize them.

In the end, educating America’s children is a process that involves regular communication and inclusion of the family system. For, as Wachtel reminds us, the behavior and habits of the child stem directly from the family’s environment.