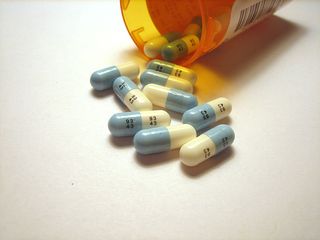 The numbers are startling. More Americans than ever are receiving treatment for depression. The clincher? Psychotherapy is declining and the use of anti-depressant medications is increasing – steadily.

The problem? Anti-depressant medication alone is not effective at treating most depression in the long-term; and many medications have crippling side effects.

So why is an ineffective treatment more popular than ever?  Because anti-depressant medications are covered by most insurance carriers. Psychotherapy, on the other hand, maybe effective, but getting it paid for is like playing Russian roulette with your insurance carrier.

The result is that more money is being spent to put more people through a less effective treatment to an increasingly common problem.  In fact, according to the Center for Disease Control and Prevention, anti-depressants are the number one most commonly prescribed drugs by physicians in the United States. If only they did what they’re supposed to.

The veil of falsehood surrounding anti-depressant medications is startling. Empirical research showing the effectiveness of Lexapro and other Selective Serotonin Reuptake Inhibitors (SSRIs) is not as advanced as television advertising cartoons showing “chemical imbalances” would like you to think. SSRIs purport to work by way of blocking the reuptake of 5HT serotonin; which in turn results in the decrease of post-synaptic receptors. Through the decrease of post-synaptic receptors, secondary messengers become involved and consequently effect one’s gene expression and mRNA transcription. Sounds plausible, right?

It would be, if there was evidence to support it.  Instead it turns out that the research gurus at pharmaceutical companies can’t actually measure serotonin levels.

How can the American Medical Association and pharmaceutical companies call depression a “chemical imbalance” without being able to measure or tell normal levels from deficient levels?  They can’t.  They just don’t let that stop them from marketing the drugs.

For the two-hundred million being prescribed anti-depressant medications each year, education is at a premium. It seems as if the “informed consumer” mandate has gone out the window. SSRIs are known for causing sexual dysfunction, insomnia, and paradoxically suicidal ideation – depending on your age. And, these are just a few of the happy pill’s side effects.

The reality is that anti-depressants can be habit forming – as recently released longitudinal research is showing. Referred to as the discontinuation syndrome, patients who have been on SSRIs since their inception or for a number of years are finding it difficult to discontinue usage due to: insomnia, confusion, and cognitive delays – only a few side effects of this illustrious class of drugs.

While drug treatment for depression seems like the cheaper route, the failure of anti-depressant medications end up costing the medical system:  permanent disability filings, emergency room visits, and workplace absences all add up.

Perhaps worst of all, patients are rarely being told of non-pharmaceutical options that have no dangerous side effects in treating depression.  Does that seem like malpractice to you?

Here’s the light at the end of the tunnel. Research shows that exercise, diet, caffeine restriction and/or psychotherapy are long-term more effective than a pill. The permanent fix to depression? Therapy – which is empirically validated. The Archives of General Psychiatry and The Journal of the American Academy of Child and Adolescent Psychiatry have just released new studies showing the clinical effectiveness of therapy in treating depression over anti-depressant medications.

The media might be catching on. A recent article entitled Patient Fix Thyself highlights the research regarding the effectiveness of cognitive-behavioral therapy and other therapies in treating depression, anxiety and a multitude of other ills is highlighted.

The glory days for the $13.5 billion dollar industry of anti-depressant medications are coming to a close. And, none too soon. So, say goodbye to the antidepressant and say hello to Freud’s couch and the treadmill.