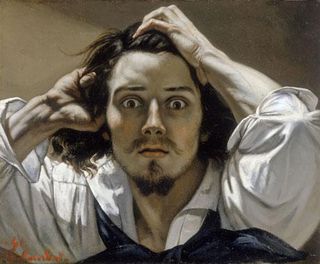 The numbers of college students seeking mental health services has increased over the years. More students are reporting that they’re not coping with college, and pleas for help are showing up on Facebook posts and from classmates who see their friends struggling hard just to keep going.

We’re not just talking about reports of stress or anxiety, we’re talking about suicide attempts and nervous breakdowns.  According to a report by the American College Health Association (ACHA), in 2008, 1 in 3 college students reported that they felt so depressed that they were not able to function. About 1 in 10 reported they had thoughts of suicide.  One out of 100 students attempted to commit suicide, 133 students were successful.  These numbers are bleak.

The most painful stories are about the students who shatter to such a devastating degree that in their grief and rage they take other students with them.

Is this a sign of the times or has this been a constant presence in the lives of young college students?

A recent New York Times article featured a story on the increasing mental health needs of college students. They story focused in on Stony Brook, a highly demanding school that is part of the New York state university system. Stony Brook has experienced a 21% increase in requests for counseling services – an alarming increase at a small college with limited counseling staff.  How many students seeking help for depression, suicidal thoughts, alcohol abuse, ADHD, self-injury, and eating disorders can the system cope with?

Just as importantly: is there really an increase in the mental health issues or is this spike happening for other reasons?

A research report published in the Journal of Adolescent Health presented two potential reasons why the numbers are increasing; 1) The increased use of psychopharmaceuticals have allowed students who would have otherwise been kept out to attend college, 2) The increased awareness of mental health issues among college students has increased the number that are seeking help.

These are fair points, but these explanations seem unsatisfying, treating the symptoms as a cause.  Why are so many students experiencing such high levels of depression and anxiety related symptoms?

One interesting misunderstanding came from a counselor in the New York Times article who stated:  “It’s so different from how people might stereotype the concept of college counseling, or back in the ’70s students coming in with existential crises: who am I?”

But maybe what we’re seeing is a question of “Who am I.” In an increasingly pressure cooker world where “getting a good job” is everything and the economy is in recession, not knowing or even not being able to answer a parent’s concerned question of “what are you going to do in your life?” would be enough to send students into a spiral of existential despair.

Rollo once said “Depression is the inability to construct a future.”  That could be the underlying issue:  students are having an increasingly difficult time imagining a future in an increasingly toxic world.

Of course when a counseling center is overwhelmed, tending to underlying issues may seem trivial in light of students coming in to say they feel like killing themselves. Stony Brook has resorted to a triage approach to care by limiting the number of sessions and dealing with the most urgent cases immediately. A good stop-gap that is most likely being implemented in other schools. In the meantime hopefully students will be given the opportunity to discover that their anxiety, depression and hopelessness can be eased.

With the mad scramble to increase services with limited resources, hopefully, we won’t lose sight of the benefits of therapy, group work and peer support. The must be a balance between providing medication and providing services to students.

They may not be ready to dive into their souls to discover meaning in their lives but we as a community for them, can give the support and tools to get them there in one piece.