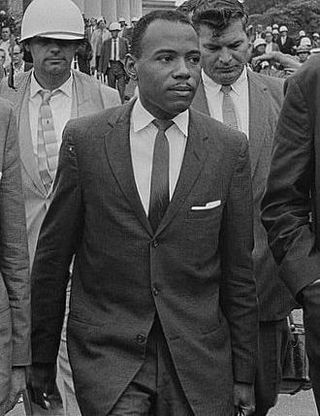 We all forget things, from time to time.  Last week, I forgot where I put my keys.

This week, Mississippi Governor Haley Barbour forgot what it was like to live through the civil rights era.

In comments that are fast becoming as infamous as “Houston, we have a problem,” Barbour said that he recalled growing up in Mississippi during the civil rights era, and that “I just don’t remember (the conflict over integration) as being that bad.” He also claimed that secret segregationist groups called Citizen Councils were in fact protecting law, order, and black people.

These are the kinds of claims that it takes someone with an internet connection maybe 10 minutes to debunk – if they use dial-up.  Yet Barbour, a major Republican figure and potential presidential candidate, somehow didn’t realize he was painting a bulls-eye on his political future when he made them.

That’s a lot worse than losing your keys.  How did this happen?

Conventional wisdom is saying that this is pure cynical politics … a deliberate extension of the infamous Republican “southern strategy” that plays off racial divisions to capture public office.  And sure – okay:  anyone who says “politicians are being cynical and manipulative!” gets an easy A.  But is there more going on?

It’s certainly happening with more people than just Barbour.  Back in April Virginia Governor Robert McDonnell made a proclamation declaring Confederate History Month that didn’t mention slavery.  At all.  (He amended it after an immense public outcry, finally admitting in April that ignoring slavery was “a major omission.”)

Barbour’s recollection that the struggle over integration was a pretty good time is bad, but surely claiming that the Confederacy had nothing to do with slavery is worse.

Yet both claims are increasingly common among traditional southerners who look around their societies, refuse to feel guilty, and want to re-write history so that they don’t have to.  The culture war over slavery is using increasingly heavy ammunition.

This aggression against history can’t be allowed to stand – but too many of us are claiming the moral high ground, casting stones, claiming that “they” are doing something that “we” never would.

In fact, we’re just as guilty – both of profiting from the legacy of slavery and of ignoring history when it’s convenient.  Because what Barbour, and McDonnell are doing isn’t anything like losing your keys … it’s a public amnesia that let’s us do what we’re doing instead of facing up to the reality that we have to change.

That’s not political, it’s human – we’re all guilty of it.  According to stunning research by Saybrook Organizational Systems faculty member Marvin Brown, western capitalism has been doing exactly what Barbour and McDonnell have since the very beginning.

In his recent book Civilizing the Economy, Brown points out that Adam Smith – the primary theorist of early capitalism – didn’t factor slave labor into his analysis of how capitalism produced prosperity.  The heavy use of slaves by companies kept labor costs artificially low and profits artificially high … and was ignored as part of economic theory.

Smith, Brown discovered, absolutely knew how widespread slave labor was in the companies he used as examples of how capitalism works … and in fact he condemned it in his writings on morality.  But for his writings on economics, this oppression and inhumanity was swept under the rug because it was just part of the way business was done.

Other early theorists of property rights and capitalism, including John Locke (which breaks my heart) also knew, and ignored it.

The implications are huge – and have a lot to say about the way capitalism works today.  Sure we don’t have slave labor anymore (that we know of) but we do have sweatshops, outsourcing to poor countries, environmental devastation … it seems that, for capitalism to keep costs low and profits high, we have to do what Adam Smith did and ignore institutionalized oppression and cruelty.

Which we do.  All the time.  Every day. Because we, just like Haley Barbour, don’t want to walk around feeling guilty or probing to deeply into social arrangement that work for us.

So yes, by all means, let’s condemn Haley Barbour and Robert McDonnell and insist that they take the history and legacy of slavery seriously.

But we don’t have a pedestal to stand on.  As much as Barbour is whitewashing the past, most of us are whitewashing the present.  The system we benefit from may not work unless somebody is exploited as cheap labor.  Are we defending that … or just ignoring it?

The former is uncivilized, and the latter is public amnesia.

To learn more about how Marvin Brown thinks we can make the economy more just, visit www.civilizingtheeconomy.com.