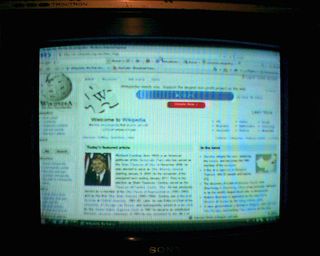 If you’re the kind of person who’s “plugged in” to culture, chances are you know what’s so controversial about Skins.

A program on MTV that debuted January 17, Skins got three million viewers and launched six million arguments with its depictions of wealthy suburban teenagers who engaging in illicit drug use, sexually mature behavior, and violence.  Emotions run high as the characters deal with divorced parents, substance abuse, and one night stands—while facing grave consequences from their actions.

The cast consists of teens, some as young as fifteen, who are portrayed in sexually explicit ways; the premier also contained over forty references to street drugs and alcohol. The Parents Television Council is among many who are protesting the show claiming that it violates anti-child pornography laws in the United States.

As of today, six major retailers have yanked their sponsorship of Skins including: Subway, H&R Block, Taco Bell, and GM. The show’s racy content has even reached capital hill; with the Parent Television Council asking the Senate, House Judiciary Committee and Department of Justice to open a federal investigation to evaluate if the show violates laws.

Behind the stormy debates, lies the real question:  do shows like Skins actually affect teenage development?  Is it just a show, or does it become real life?

Research out of Harvard Medical School concludes that it’s not so much what your kids watch – it’s what their friends watch that ultimately influences how they think, feel and act. The research looked at the television habits of 523 girls and their extended social circles. Direct exposure and second hand exposure to television content were studied.

Parents:  take a deep breath for this one. The results are startling.

If your daughter’s friends watch a lot of the black box, your daughter has a sixty percent increased risk of developing an eating disorder. When it comes to body image, being skinny minnie, or developing maladaptive eating habits, it’s the television that your kid’s buddies watch that influences them the most … not necessarily their own direct exposure.

This research paints a much different picture of what effects children that what most people assume.

Kelly McGonigal a psychologist from Psychology Today states, “While we may be influenced somewhat by what we see on TV, we are far more susceptible to ‘catching’ the ideas, values, and behaviors of people in our direct social network. And, as social network researchers Nicholas Christakis and James Fowler have shown, the behaviors of people we like and feel similar to are the most ‘contagious.’”

It’s like the rebirth of Bandura’s Social Learning Theory all over again – and it extends the radius of a child’s Facebook account and social cliques. It’s scary to think that the people they know on Facebook have that much power over them.

In the study, Harvard researchers concluded, “If second-hand exposure to media content is, indeed, harmful to children, as this study supports, then the recommendation to parents to limit screen time may be inadequate to protect children from the risk imposed by their social milieu.”

Indeed, the work of the Parents Television Council to try and make “cleaner airwaves” for children, adolescents and teenagers is not only constructive but absolutely vital – for Skins and all other television shows.

As human beings, and as individual members of a collective society, we must come to a deeper understanding of how we are affected by those around us; teenager or not. And, as we move forward – let this be a lesson – what affects one member of society affects all.