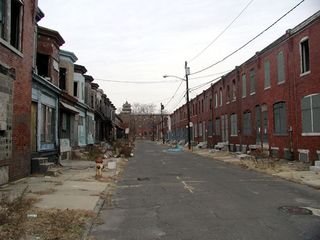 The richest nation in the world recently received a failing report card on its treatment of children.

In a report entitled The Children Left Behind, UNICEF reported its findings on how children in the richest country are being cared for.

A UNICEF report (PDF) called “The Children Left Behind” shows that one fourth of American children are in poverty.

Does that matter?  Morally and ethically, of course it does – but it also matters developmentally, as new research shows that while spending money for already well-off kids does little to improve their brain power, growing up in poverty can cause significant drops in intellectual capacity

Money doesn’t increase intelligence, but poverty can decrease it.

Here is a glance at the research:

At the age of ten months, across all socioeconomic conditions, the home environment was a key variable in determining a child’s mental ability.

Fast forward to a toddler at two years old—and the results are vastly different. In children from poor socioeconomic conditions, the choices of caregivers and household environments accounted for eighty percent of the toddler’s mental ability; essentially indicating that poverty disrupts the development of genetically inherited intellectual capacities. For two year old children from wealthy backgrounds; it’s a 180. Genetics determined performance and mental ability; not environmental conditions.

The results have implications across all sectors of life from governmental institutions to instructional paradigms.

Psychology Today weighs in on this in an article entitled How America Morally Fails Its Children: What Needs to Change. In conglomeration with UNICEF, Dr. Darcia Narvaez speaks to the “pivotal developmental” times in a young child’s life—where poverty has the most extensive effects; namely:

1)      Children who fall behind begin to do so in the very earliest stages of their lives.

2)       During pregnancy and the first few weeks and months of life, critical stages in the child’s mental and physical development follow each other in rapid succession

3)      By the age of two, cognitive ‘falling behind’ can be measured. By the age of four, much of the potential damage may be irreversible.

Understanding the effects of poverty, and seeing the path we as a nation are heading down, what can be done?

According to research, taking action in the following areas would help:

Quality government subsidized daycare. Research says it makes all the difference—especially for children from low socioeconomic backgrounds. Stop the cuts of such programs; they ensure a better tomorrow.

Kids; especially young ones need regular checkups– both for preventative measures and for chronic illnesses. Affordable, Accessible and High Quality.

For caregivers from low socioeconomic conditions, minimum wage is not livable—especially from single parent households. You should not have to work several jobs full-time to have enough income to raise a family. We need living minimum wages in this country..

The food supply is filled with non-nutritious and even harmful ingredients. Consumer products are loaded with chemicals that have never been tested for their safety. We need improved labeling and education. Public assistance needs to provide the means for healthy food.

Less funding, shorter days and jam-packed classrooms are not the answer. Children in poverty should receive the same education as their wealthy peers. We have a discriminatory educational system.

The time has come to make lasting changes. Children are a nation’s greatest resource. In a country of such privilege, there are no excuses for neglecting one-fourth of such our population, and artificially limiting their ability to contribute.