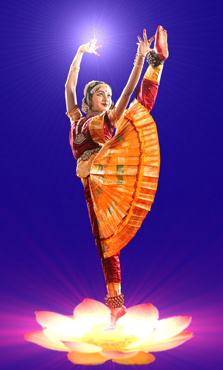 The best way to understand what you’re feeling might be to ask what your body’s doing.

Anyone who’s been paying attention to research knows there’s a connection between the mind and the body … and anyone who’s been paying careful attention is at least a little aware on a visceral level of how that connection works.  The ability to observe the mind-body connection in action is called “emotional coherence.” The greater the level of emotional coherence the greater our ability is to notice the connection between a pounding heart and anger.

Is it possible to improve our emotional coherence through specialized training?

In a 2010 study, researchers from the University of California, Berkeley investigated that question.  Their study included 21 Vipassana meditators, 21 dancers, and 21 individuals who did not practice any form of specialized body awareness practice. Participants watched four films that were designed to bring up a range of emotions. While they watched these films, there were then asked to monitor their own emotional experiences. They used a dial that had a rating scale ranging from very negative to very positive and completed a number of questionnaires. The researchers also monitored the participants heart rate with an EKG.

Results were based on a comparison between the participants self reported response and their monitored heart rates. If they reported feeling very negative emotions like (upset, disgust) this was compared to the heart rate.

The Vipassana meditators had the highest amount of coherence or integration of their bodily sensations and their emotional state. Their self reports on how they felt at any given moment of the film more closely matched their heart rate. Dancers were able to do the same but with a lower level of coherence.  The control group, or the folks were did not have a body awareness training had the lowest level of coherence.

Intuition and research both tell us that that meditation increases the mind body connection. Now we know that those who did have body awareness training had a greater ability to make that important connection what one is feeling and what their body is experiencing.

This discovery isn’t trivial:  the connection between body awareness and emotional state is the force behind Somatic Psychology, especially in the area of PTSD.

Even though the researchers do not make a direct connection between their study and the work of Somatic psychology, there is a link between what they have shown and techniques used to help others overcome the physical consequences of stress, anxiety of PTSD. It may even solidify research that supports using meditation as a way to help those who suffer from high blood pressure;  managing their emotions can play a role in their physical well being.

Learning meditation, yoga, or even dance over an extended period of time can help us connect our mental and physical lives, and the benefits of that keep coming.