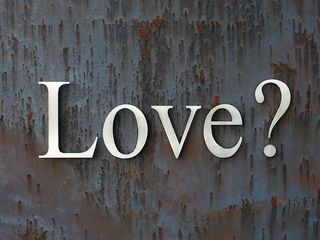 We all want a relationship that works – but most of us, if we’re honest, admit we only have a limited idea how to do that.

What makes relationships between committed couples and married partners work? What causes them to fail? It turns out there are answers, and one of them will surprise you.

In March, the Journal of Personality and Individual Differences will publish a study that looks at gratitude among married partners. A first of its kind, the research comes in the wake of studies that prove the positive effects of gratitude for the physical and psychological well-being of individuals. The couples research looks at fifty married couples of at least twenty years, and gathered specific data. A sneak peak of the research results suggest:  gratitude makes all the difference.

Couples Therapists have long hypothesized the importance of gratitude, and positive affect in committed relationships. World renowned for their work, John and Julie Gottman, created the esteemed Gottman Institute in Seattle, Washington. The Gottman Institute utilizes the empirically validated Gottman Method of Couple’s Therapy in its professional trainings and professional therapeutic services; emphasizing the importance of gratitude and positive affect. Through research, the method analyzed factors that “make” intimate relationships work, and the factors that contribute to their demise.

Key factors of their therapeutic methodology based on research with heterosexual and homosexual couples include some the following:

1)    The majority of relationship conflict in intimate partnerships is not solvable; instead it is a continuous element based on differences in personalities between you and your mate. In fact, sixty nine percent of conflict between two people in a relationship will never be solved. The key is taking a “gentle” approach to down-regulate physiological arousal during conflict and including positive affect in the midst of all situations involving conflict.

2)    Stability and happiness in couples and marriages depend on a “shared meaning system” and “entropy” that is increased by way of relationship maintenance in the form of activities that promote the couple’s connectedness, dreams, shared ambitions, and values.

3)    Lasting change and long-term committed partnerships depend on the degree of positivity and gratitude within the relationship during conflict and non-conflict phases. The “entropy” of the relationship should be consistently growing in intimacy, friendship, and other areas that encourage positive affect.