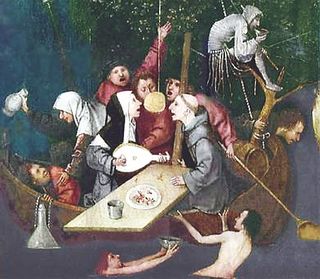 Recently in New York, Governor Andrew Cuomo proposed capping the salary of school superintendants at $175,000.  That’s still a lot of money, and it would certainly help school districts save $100,000 here and there annually.

But I’m confused:  why is it that, when private sector CEO’s are offered multi-million dollar incentive packages during the height of a recession, it’s considered essential business strategy because they need to attract top talent – but when school districts pay a fraction of that for quality superintendents, it’s considered waste and inefficiency?

We’ve all somehow gotten the idea in this country that government is wasteful while the private sector is efficient … but then why is it that Goldman Sachs can justify offering its already wealthy employees billions in bonuses for 2010 alone, while teachers and hospital workers are told they can’t even organize for better working conditions?  Wouldn’t teachers and hospital workers demanding bonuses be the height of efficiency?  Because, just like it’s supposed to do for bankers, it would keep and retain the top talent?

Why is Goldman’s extravagant spending a savvy, efficient, use of shareholder dollars, while the comparatively small amounts needed to better support government employees are considered a waste of taxpayer dollars?

Why is giving golden parachutes to CEOs of companies like Enron and AIG good business, while giving pensions to public servants like police officers and firefighters an outrage?

In a New York Times column this week, UCLA Professor of Management Samuel A. Culbert exposed another such myth:  that the private sector is better at rewarding performance.

In my years studying (performance) reviews,” he writes, “I’ve learned that they are subjective evaluations that measure how ‘comfortable’ a boss is with an employee, not how much an employee contributes to overall results.”

“Performance reviews corrupt the system by getting employees to focus on pleasing the boss, rather than on achieving desired results. And they make it difficult, if not impossible, for workers to speak truth to power. I’ve examined scores of empirical studies since the early 1980s and have no found convincing evidence that performance reviews are fair, accurate or consistent across managers, or that they improve organizational effectiveness.”

According to what Culbert explains is decades of research, the private sector … where managers and CEOs are free to do as the please … is no better than the public sector, with its unions and seniority, at rewarding quality workers and punishing poor performers.

Facts like this can easily be used as a political football – Culbert himself suggests that the attack on public unions is predicated on the idea that they reward inefficiency, and that studies show it isn’t true – but there’s a more important point to make:  we can’t create effective organizations to sustain prosperity into the future if we don’t understand how organizations actually work.

The more we politicize management styles and systems, the less we’re able to look at this objectively.  New York Times columnist David Brooks recently spoke to this in a column where he said that while the federal budget must be cut, cuts have to be based on sound planning to be effective.  Cutting waste and ineffective programs doesn’t really hurt anybody – while no savings in the world are worth cutting essential services and programs that pay for themselves down the line.

That’s a sound principle:  but because the federal budget has become mythologized and politicized (the two often going together), it’s not happening.

Well, that’s not entirely true:  it does matter to the men and women whose jobs are on the line;  it matters whether we spend billions on tax breaks or public spending because lives are affected– but neither will solve our big picture problems.

The trouble is that, like climate science, the study of effective organizations has no lobby.  It has no political clout, and it can’t make million dollar ad buys to dispel dangerous myths.  But it does have truth, and a serious societal need, on its side:  the need for the study of organizational systems to get organized has never been greater.

Maybe then we can drop the pretense that the private sector automatically knows what it’s doing.