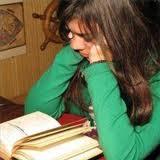 But focusing on test scores, like most of these studies do, misses the larger point:  our K-12 education system actively discourages the approaches most necessary to encourage sustainable practice in the 21st century.  Indeed, it is things like an overemphasis on test scores and the “marketplace” that are themselves part of the problem, not the solution.

United States educators are mandated to teach educational standards within a very specific time frame before students are tested by their state or district. The inevitable result is that teachers “teach to the test,” rather than teaching to the subject matter, or focusing on the needs of the child.  The system encourages educators to become uninventive with their lesson plans and cover the material without regard for their students’ learning styles, potentials, or needs.  In essence, the current system prioritizes its own needs (test scores) over the needs of its students (to engage with and master the material in a way they’ll find meaningful on an ongoing basis).

Teachers feel pressure to engage their students in only instrumental learning so that students correctly answer questions on state mandated exams. Educators are also pressured by school administrators who tend to compel them to only teach the subjects that are state tested. These administrators are also facing pressure from their state governments because, with the nation’s focus on metrics, states fund schools that perform to certain standards exams. Schools that fail lose total control: the state takes over and current teachers and administrators are fired.

Because of the demands of this testing regimen, educators to lack the time to expose their students to worthwhile experiences that would instead develop their understanding of social, cultural, economic, or environmental concerns. Nor is there any incentive for them to do so, since the latest approach to teacher evaluations—so-called “value added” evaluations—rates teachers solely on the basis of their students’ test scores.

When teachers, and not just students, are judged by how students perform on standardized tests, the system has truly gone overboard—but that’s the direction we’re heading.  One teacher committed suicide in September 2010 as a result of a “value-added” evaluation that the L.A. times assigned to him.

Performance pay may also be in our mists – with “performance” again defined solely by how students do on tests. At that point, what are we incentivizing but a mindless answer factory that is increasingly disconnected from the world we actually want students to live in?  Sustainable solutions to our most pressing problems do not involve “getting the right answer” from the choices they’re handed so much as creative thinking, cooperative approaches, and a willingness to experiment thoughtfully.

The competitive nature of the classroom – even outside of the standardized testing regimen—does nothing to address the need for a more systemic, cooperative attitude toward dealing with global issues. Is it enough that America’s students will be prepared for a career? A sustainable consciousness does not embrace competition. Instead it embraces cooperation – the very quality the “value-added” and standardized approach to education drives out of the classroom.

American education’s mission almost seems to be to push people further away from sustainable behavior.

There is some good news – including a new attempt in California to move away from standardized assessment.

Beginning in 2012, Californian K-12 students will be assessed four times a year on performance-based knowledge instead of once a year through standardized multiple-choice exams. The Common Core Standards Initiative (CCSI) will evaluate them on standards:

[CCSI is] designed to be robust and relevant to the real world, reflecting the knowledge and skills that our young people need for success in college and careers. With American students fully prepared for the future, our communities will be best positioned to compete successfully in the global economy. (CCSI, 2010.)

This is a step in the right direction, but it’s still encouraging a competitive mindset and avoiding a look at the root causes of poor student performance.

Districts should make it a point to develop the skills in those teachers whose students do not perform well, and also to step back to look at the larger picture and consider if children getting enough to eat at home, if they have to walk through gang-infested streets everyday, and if their parents well cared for by social systems. It is systemically counterproductive if we do not consider the bigger picture. In order to make United States K-12 schools more sustainable, they have to be re-designed… and in order to encourage sustainable thinking, they need to help children develop the skills and knowledge they’ll need to be good global citizens… as well as working professionals.

NOTE: This post was originally published by the blog Triple Pundit on November 22nd, 2010.

Read other posts by Marisela Cerda