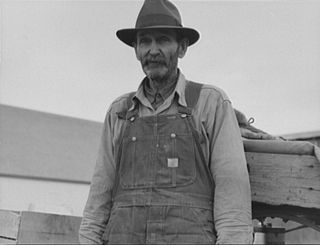 For some of us depression is a hard subject to talk about with others. It has been described as the “Dark Night of the Soul”. But that darkness is certainly not a place that anyone would want to spend their lives, let alone spend that time alone without anyone else knowing or helping.

In an editorial published in the March 2011 issue of the British Journal of Psychiatry, Boadie Dunlap wrote that the rates for depression in men will increase. Why? Men are under the shadow of long term unemployment and recovering from the violence of war. Much like their fathers, they are confronted with their own sadness, grief and pain as a result of dealing with these struggles. But unlike their fathers, they have access to services, treatments and support for their depression.

Yet even with all of the education, outreach and support, many men are facing depression alone. Why

The stigma of seeking mental health services is threatening enough to prevent many men from reaching out when they need it most. In fact, stigma has been cited as the top reason why many men will not acknowledge their depression let alone seek help. There is actually a term for this, “self-stigma,” which is the perception that one is weak if one seeks professional help. This may not be the story inside of every man’s head but the general consensus is that men are less likely to seek help when they are struggling emotionally for this very reason.

Given the likely increase in men with depression, and the greater chance of men refusing to seek help, we could be in for an epidemic of depression among young men, fathers, and retirees.  This isn’t just bad for the men themselves (depression is linked to many negative life outcomes, suicide, substance abuse, aggressive behavior, divorce and health related illnesses such as stroke, heart disease and obesity);  because they play a vital role in their communities, and epidemic of male depression is bad for everyone.

So what do we do?

A 2010 study published in the The Counseling Psychologist showed that reaching out to men using outreach material that used language that was reflective of the “masculine gender roles”. was more effective than gender neutral materials. The brochure included photos of men, testimonials and facts about depression and references to current research. Most importantly, the brochure attempted to address the issue of self-stigma or the idea that seeking help was a sign of weakness.

Rollo May stated that “Depression is the inability to construct a future,” and this seems to apply perfectly to the many men we’re now seeing in crisis. The ideal of masculine in our society is often related to being the provider, the “pillar” of family and community, the strong man in the face of great hardship. The despair men face when unable to find a job, take care of loved ones, or to fulfill what one has accepted as their role in society will naturally lead to depression if they cannot envision alternatives.

A deeper conversation about the ideal masculine is needed, to help men move engage the world  in a way that is in alignment with their cultural, personal and spiritual selves.

From Rollo May again:

“We are more apt to feel depressed by the perpetually smiling individual than the one who is honestly sad. If we admit our depression openly and freely, those around us get from it an experience of freedom rather than the depression itself.”

Taking off the mask of depression is a step in the right direction.