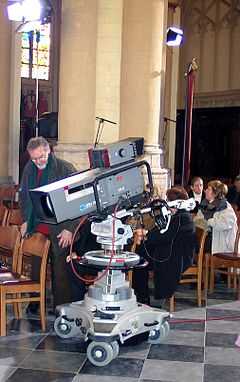 Weeks after a disaster, such as in Japan or Christchurch, we are inundated with imagery and new stories. Tucked in between the sound bites of horror, grief and sadness were a few stories highlighting heroism, altruism and empathy.

A recent study published in the Journal of Personality and Social Psychology shows a direct link between watching these media reports of selfless actions in the face of tragedy our own behavior. People who observe such acts are more likely to help others – and this has big implications for the way the media portrays human behavior day in and day out.

Lead author Karl Aquino at the Sauder School of Business and co-author Brent McFerran, assistant professor of marketing at the University of Michigan, wanted to know whether or not we experienced what they termed a “moral elevation” after seeing others perform an act of kindness.

The participants were randomly assigned to read one of two news stories. One described the 2006 school shooting at the Amish schoolhouse and the parents’ act of forgiveness and gift of money to the shooters family. The second story was about a couples’ experience of watching a beautiful sunset together. They found that those who already had a stronger sense of moral identity were more likely to give more to others after watching a news story about altruism.

This may explain the surges of giving after a disasters, especially after all of the bad news has given way to stories of triumph.

Too much bad news can have the opposite effect. In 2008, the DART center for Journalism and Trauma conducted a self-study of the media’s use of negative and traumatizing images. When we are inundated with images of disaster and threat, this has an almost numbing effect on our psyche, often referred to as compassion fatigue.

Perhaps we would not be so overwhelmed if we could balance out the media and news reports with some good news.

There is a definite sense that the media celebrates bad behavior. There are endless stories about the latest celebrity crash and burns. It’s rare to find stories highlighting acts of kindness and bravery unless it follows a disaster. These types of stories are usually relegated to the “human interest” part of the paper which is certainly not the front page or headline news.

We can do better.  Aquino suggests that broadcast and news media can play a critical in helping with fundraising and relief efforts.

“Focusing on individual examples of extraordinary goodness within the crisis may be a more effective and subtle way to encourage people to donate than inundating them with stories and pictures of need and desperation,” he says.

Knowing that we can’t entirely rely on the media in general to actually do this, perhaps we can take this in our own hands and take a moment to read flip past the dark and negative stories to find stories about the goodness in people.