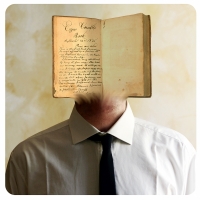 Have you been a responsible citizen of the internet and used Facebook’s highest privacy settings?

Too bad, because Facebook has recently admitted privacy leaks in many of their applications – including their top 10 most popular. All told, some 70 percent of Facebook users are at risk for identity theft.

The risk for emotional identity theft, however, could be 100 percent.

With one out of 14 people worldwide on Facebook – and more on social media sites like MySpace – social media has become a buffet for organizations that profit from personal information, even (especially) information that the person involved doesn’t know they have. At the same time, social media has become the heart of social interchange in today’s bustling world. For all our concerns about privacy on Facebook, nobody ever thinks of logging off for good.  How could you?  It’s where your “friends” are.

This combination of increasingly insecure information in a venue (social media) that is increasingly important to the emotional lives of its users creates a thoroughly modern paradox:

For most of human history the people you could trust most were the ones in your social network.  Today you social network is the least trustworthy confidant you can possibly have.

Even if you communicate offline, there a good chance that a photo, blog post, or tweet will somehow commemorate the event to the world.

Two basic human needs – to socialize and to feel secure in ones emotional bonds – are being pitted against each other as the kind of emotional betrayal that was once deemed a travesty has now become a “feature.”  The need to protect oneself against “emotional identity theft” is quickly coming up for everyone who is plugged in to modern technology.

How do we do that?  More importantly, how do we do that without wrecking the rest of our emotional lives?  This is a question 21st century psychology needs to be addressing – and largely isn’t.

Instead, some of the most relevant work on this issue was written long before the internet – and raise questions for the present.

Abraham Maslow, a pioneer of humanistic thought, spoke of the need for safety and security. Second to physiological needs, Maslow emphasized the essentiality of feeling safe in major emotional interactions. Thus self-actualization, reaching one’s potential, depends on the fulfillment of physiological, safety, love and esteem needs.

Asian and Western psychology have continually united on the front of rediscovering “unitive experiences.” Carl Jung and William James have been at the forefront of these discoveries emphasizing the indispensable nature “numinous experiences” and “cosmic consciousness.” Maslow spoke of “peak experiences” and Fromm stressed “at-onement” Some humanistic psychologists go so far as saying that identity maturation dangles like a wind chime without the pure conscious experience of connection to people.

With fundamental and basic needs such as privacy not being met, is social media capable of providing the basis needed for untainted connection with others? Can one really disclose and experience vulnerability when the individuality of ideas and thoughts are not held in confidence?

Decades worth of research has proven the primitive need for interaction and social connection in human beings. Relationships are the lifeblood of healthy “psyches” and self actualized human beings. Are social media sites, like Facebook, exploiting that need without meeting it? Even utilizing the highest privacy settings on the site is a delusional fallacy and a fraud when Facebook and its allies are selling information.

This is emotional identity theft. And we don’t fully understand its cost.  But it would make sense that the reason so many people may be treating a system we’ve known for years is untrustworthy as their closest confidant is that they have deep and important psychological needs that they keep thinking it can meet.  Even if the facts say otherwise.