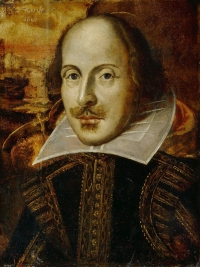 It’s a headline guaranteed to make any romantic smile:  “Love, but not lust, inspires creativity.”

That’s the conclusion of a new study reported in the Personality and Social Psychology Bulletin.

In it, researchers asked 60 university students to imagine either casual sex with someone they were attracted to but not in love with, or a long walk with their beloved partner, and then put them through a small battery of tests that required logical thinking, and additional tests that required creative thinking.

Sure enough, the students who were primed with romantic feelings did better on the creative tasks.

Sadly for the romantics, Steve Pritzker, who co-chairs Saybrook’s Creativity Studies program, says this research doesn’t really make a case that love is a stimulant to creativity.

“It’s pretty interesting stuff,” he acknowledges.  “But are a group of university students really a sufficient sample to make that conclusion?”  Additionally, he notes, no baseline tests were taken to measure creative skills before the experiment:  it’s possible that one group was simply more creative that the other, even when they weren’t thinking about long romantic walks.

“And,” Pritzker adds, “how do we know that the extent of their romantic musings really did stop at long romantic walks?  That nothing else happened in their minds?  Are we at least a little suspicious?”

That question gets at the heart of the matter for Pritzker:  it’s very difficult to separate “love” from “lust” sometimes.

“What came to me is Berlioz,” says Pritzker.  “Berlioz wrote the Symphonie Fantastique for this actress that he’d never met.  Now, was it love or was it lust that made him write Symphonie Fantastique?  He was in his 20s – I suspect it would be very, very difficult for us to say he had true love for her.  She was probably an object of lust every bit as much as love.”

Pritzker doesn’t deny the premise the love is related to creativity, though.  Far from it:  but it’s a far more complicated dynamic than a binary “on/off.”

“We had a Saybrook student named Avarelle Levings a few years ago who did her master’s thesis about love’s effects on creativity. She looked how being with different partners had influenced her creativity – a very interesting approach,” he remembers.  “She found important differences in the way she performed creatively in these relationships, but it depended on the partner:  She found that love in her case led to creative inspiration, creative collaboration and self-actualization, but simply saying she had been ‘in love’ didn’t tell you nearly enough about what was going on to understand how it had impacted her creative life.”

The bottom line, Pritzker says, is that “a lot of great work has been inspired by love/lust – but there are too many variables, in every case, to jump to a simple conclusion.  The specific relationship is more important than the category we put it in.”