This just in: Bin Laden has finally been killed. 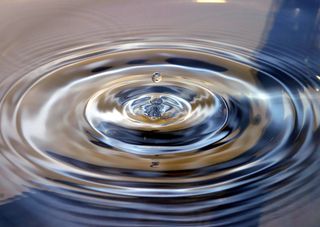 I start to see the reaction amongst many people in the West: celebration, rejoicing, time to party, “it’s about time he got what was coming to him.”

Somehow, I get the feeling he (and many other people he was aligned with) were thinking the same things about us after 9/11.

And we hated them for it.

Which begs the question, “why is it then acceptable for us to feel and react that way?”

Are we better than they are? Are we right and they are wrong? Why do we get to claim the “moral high ground?”

Is that racism? Ethnocentrism? Who are we to say who deserves to die, any more than he did? I’m sure he had his reasons, same as we did.

Don’t get me wrong – I believe in holding people accountable for their actions. However, wishing death upon another person is not about accountability – it’s about revenge and vindication. It is reactive. It is a way for us to feel better about ourselves, to temporarily avoid the suffering, anguish, pain, and fear that we all face.

And yet, our darkness still lives within us. We still suffer – another’s death does not truly bring us liberation nor release that darkness and shadow. Our anger and pain still lives within us, ready to emerge again once someone else steps up to commit some heinous act that we despise. It doesn’t go away – it simply goes underground, causing us daily misery in forms such as disease, unhappiness, scarcity, illness, and persistent emotional states such as fear, anger, and grief. We may temporarily have the illusion that we are safe and secure now, only to soon find some other reason or circumstance to project our insecurity and lack of safety onto.

It makes me sad to see people celebrating someone’s death in such a way. It makes us no better than the monster that we judged him to be.

We have seen the enemy, and he is us. Stand for justice, and confront the enemy within. It may not be easy. You may not like what you see. It may be extremely uncomfortable. And, this is where peace begins.