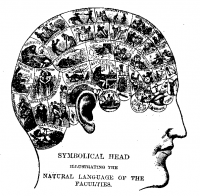 Real scientific breakthroughs of that scope don’t have to announce themselves.  Fake ones do, because evolutionary psychology never produced a lightbulb and “artificial intelligence” never built a car.  They certainly made advances, they contributed, but the wild claims that they would change everything about human society were the lonely mating call of scientists out on a limb.

If your ears are open, you can hear neurobiology making that same sound.

In this month’s Atlantic, neuroscientist David Eagleman is crowing about the way his field is going to forever change the criminal justice system. Apparently it has proven … or is on the verge of proving … or probably will eventually prove … or could in theory at some point arguably argue … that there is no free will, only differences in biology.

Eventually, at some point, probably, possibly, maybe … let’s hypothesize … this will have a huge impact on the way we assign blame in criminal cases.

The fact that it hasn’t done so yet is merely an accident of timing.  Science, Eagleman tells us, will come through:  We’ll get those flying cars eventually.  We always have.

First, that biology can have an impact on behavior.  This is true, but hardly revolutionary:  when it comes up in Aristotle, it can’t be groundbreaking.

The second premise is that treating behavioral issues with biological approaches is a rousing success.  Here’s the way he puts it:

What accounts for the shift from blame to biology? Perhaps the largest driving force is the effectiveness of pharmaceutical treatments. No amount of threatening will chase away depression, but a little pill called fluoxetine often does the trick. Schizophrenic symptoms cannot be overcome by exorcism, but they can be controlled by risperidone. Mania responds not to talk or to ostracism, but to lithium. These successes, most of them introduced in the past 60 years, have underscored the idea that calling some disorders “brain problems” while consigning others to the ineffable realm of “the psychic” does not make sense. Instead, we have begun to approach mental problems in the same way we might approach a broken leg.

That’s all it can do, because in study after study, it’s been shown that in most cases approaches that focus on neurobiology are far inferior to approaches that involve talking things through.

“Choice,” “meaning,” and “free will,” are still far more effective agents than anything neuroscience has to offer.

Eagleman swears that’s going to change, although he offers nothing more substantial than faith.  He writes:

Technology will continue to improve, and as we grow better at measuring problems in the brain, the fault line will drift into the territory of people we currently hold fully accountable for their crimes. Problems that are now opaque will open up to examination by new techniques, and we may someday find that many types of bad behavior have a basic biological explanation—as has happened with schizophrenia, epilepsy, depression, and mania.

Yeah, yeah, yeah, we’ve heard that before.  We’ll have flying cars, computers that are intelligent, and live forever … any day now.  There’s no doubt technology has made advances since all these things were promised:  but there’s also no doubt that it never lived up to the hype.

It’s the same thing with psychopharmacology and neurobiology.  The tech is impressive, yes, but there’s no reason to think it will live up to the hype.

At various times the scientific establishment has put the same degree of confidence in all of these explanations for human behavior as it now does for neuroimiging.

There’s a reason it didn’t work then, and it’s not working now:  the best way to understand people is as people, which always includes questions of meaning and personhood.  Sometimes a tumor or genetic disorder has an impact.  Sometimes we’d be remiss if we didn’t take that into account … but that’s not a realization new to neuroscience.  Medieval scholars thought that mood disorders were caused by imbalances in the four “bodily humors.”  They were right to know biology can have a big impact … but wrong about everything else.

That’s the state of neuroscience today when investigating free will and consciousness.  Confidence like Eagleman’s does not inspire confidence – and this needs to be pointed out to the field before it starts recommending leaches.