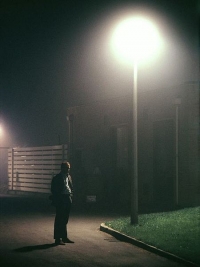 Are anti-depressants putting people more at risk for a relapse?

Possibly. In his latest piece to be published in the journal of Frontiers of Science, evolutionary psychologist Paul Andrews’ meta-analysis suggests that patients who use anti-depressants are more susceptible to a relapse than those who do not use them.

Andrews’ research suggests that this increased risk for relapse is related to the use of the medications. How? His argument:  anti-depressants interfere with our normal adaption regulatory system that has been designed through the millennia of evolution to deal with the emotional traumas, struggles and pains of living. The system that normally regulates serotonin and other neurotransmitters is capable of bringing in balance on its own without the aid of serotonin inhibitors.

Andrews is known for his proposal that depression is more likely an evolutionary trait rather than a medical illness. He co-authored a piece in a 2009 issue of the Psychological Review The Bright side of being blue: Depression as an adaptation for analyzing complex problems. Andrews and Thompson suggest in this article that depression is an adaptation rather than an illness. Isolation and rumination evolved as a response to complex problems.

A quote from a 2009 Scientific American article, “…depression is nature’s way of telling you that you’ve got complex social problems that the mind is intent on solving.” Evolution has prepared humanity to ruminate in grief as a way to process internal and external struggles. With this in mind, Andrews questions the use of anti-depressants and how the use of anti-depressants may do more harm than good.

His position on the manner is not new. There has been a good amount of debate about depression, depression as a disorder or not, and the use of anti-depressants. (Existentially, it has also been suggested that happiness is overrated).

Andrews presents a slightly different perspective that is based firmly in evolutionary psychology. But, this begs the question, is depression really a result of evolution? If so, it would imply that there is a some level of inevitability present.  Depression is a part of being human and is an essential aspect that somehow helps us deal with living.

The existential perspective sees that the western ‘epidemic’ of depression is due the fact that people assume that their sadness, grief, and pain are a sign of neurosis that must be medicated away. Existential depression emerges when one confronts the givens of life, death, freedom, and the meaning of life. All of these are internal emotional and spiritual struggles that help one to hopefully see the value of life, the finality of death, the prospect of freedom and meaning in their own existence. Depression is a result of the human condition. Everyone can experience the depths of emotional depression but it does not presume nor argue that this is entirely due to the evolution of the brain.

Depression, or more appropriately existential depression, acts as a warning to the individual that there is something not quite in balance or congruent in their lives. The grief pulls them into their self, to allow them the opportunity to closely examine their life. For some this may be useful. For others we must acknowledge that depression can take an agonizing toll on the minds and souls of many, pulling them down to levels of despair that life becomes unfortunately unbearable.

But for the thousands that are handed prescription anti-depressants for treatment of depressive ‘symptoms’ that are not soulfully debilitating, it may be best to reconsider the use of these medications. An aspect of Andrews’ research may be right in that the use of anti-depressants may be a roadblock for dealing with the one’s deeper emotional issues that have brought about depression.

But the argument that depression emerged through biological evolution is still under great debate. Either way, what is key, is that even in our darkest moments, we can find hope and eventually ourselves.