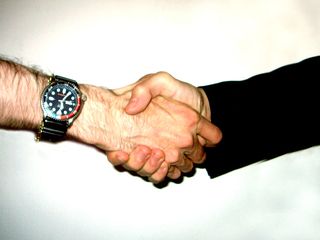 This week the NFL announced it had reached an agreement with its players.

Republicans and Democrats?  Not so much.

In his recent book, On Compromise and Rotten Compromises, Avishai Margolit, professor emeritus of philosophy at the Hebrew University of Jerusalem, refers to compromise as “an ambivalent concept.” On the one hand, we laud those who can preserve friendship or peace through cooperation. On the other hand, we revile those who too readily accede to intransigence. Compromise can be pragmatic and strategic, consider the resolution of the Cuban missile crisis; compromise can be cowardly and weak, consider much of the historic judgment against policies of appeasement during the rise of Nazi Germany. In an environment where words are chosen carefully to frame a perception in order to influence another’s thinking, how we conceptualize compromise matters.

Read more about compromise and America at Rethinking Complexity