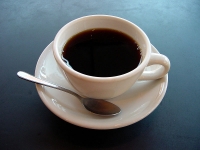 We were sitting in a cramped, cold classroom in Chengdu in western China, struggling to be of use, when one of our Chinese hosts said, “Psychology is dogshit.”

Each year, a small group of students and professors of psychology visit China to talk about psychology and religion, existential psychology, and Chinese indigenous psychologies.  On this trip – my first – we were visiting aid workers whose mission was being of service to living victims of the 2009 earthquake in Sichuan.  Following the disaster, thousands of Chinese and hundreds of foreign aid workers came to the scene; now only a few dedicated Chinese remained.

The “dogshit” comment was meant to tell us what our place was in the scheme of things here.  We had come to offer aid to the aid workers, under the auspices of Mark Yang of Alliant University.  He and his team had previously come to help the earthquake victims, only to find their Chinese language skills were not up to the task, and that they were too far away in Hong Kong to offer the close, long-term support these people would need.  What we would bring is existential methodology.

But the aid workers in Chengdu had seen people come and go before.  We were a drain on their time and resources.  And others had brought all their expertise on how to deal with people following severe trauma, but nothing about how to be of service specifically to the people of Sichuan who knew nothing of therapy or psychology.  So the aid workers were polite and accommodating within their means, but never invited anyone back.

So it was with us.  We had Dr. Yang’s blessing and so were a bit more welcome than others, but even so we were far from being hailed as liberators.  And we were capable of taking a hint: our job had started as dialogue rather than monologue, but now moved a pace towards sitting quietly and listening.

What we heard was a lot of anger and fatigue.  These workers were protective of the people of Sichuan, who had suffered abuses at the hands of foreign missionaries and psychologists – including being offered aid in return for converting, and being included in psychological studies without their permission.  And they were tired because they took three hours a day to reach the affected area and often saw little they could do to be of any help.  How, they asked, can you offer hope to someone who has lost everything and everyone, who just wants their family back?

We sat together in this cold classroom – the building had neither power nor heat, and the cracked windows let in enough cold mountain air that even our twenty warm bodies could not warm the space – and we talked about pain.  One aid worker said she asked a women of Sichuan how she could be of help, and the woman said, “Can you give me another child?”  Another asked to be her sister, and the worker did not know what to say – a therapist, she thought, should not enter such a close relationship, especially when it must end in failure.

After a while, the dialogue started to open up a bit, with the aid of heroic interpreters.  People in Sichuan, and the Chengdu relief workers who sacrificed so much to be of service, felt extraordinary pain.  And there was really not any hope of mitigating or relieving the pain – “relief worker” was really a horribly misguided term.  So what could we do for them, and what could they really do for their people in Sichuan?

This metaphor began to develop about understanding the pain in a new way, getting intimate with it the way a connoisseur of wine can detect flavors the rest of us miss.  To an oenophile, drinking a glass of wine is a rich sensory experience, while to the lay person it is just a glass of wine: good or bad, tasty or regrettable.  But wine was not a close enough analogy: wine rarely contains the bitter note we wanted here.

The metaphor changed to coffee.  A basic coffee drinker knows it is bitter.  But a real connoisseur of coffee knows about bitterness.  They can tell an African blend from a South American blend from a Hawaiian blend by the bitter notes, and they know just how long to roast a bean to bring out its flavors for each purpose.

Now we knew how to be of help.  Our relief workers needed us to just listen to how they were hurt: their impotence, their burnout, their shared grief and loss, their unreachable goals.  And they needed to talk about how they hurt, in the moment, and have us hear it.  The pain was no longer just pain, but flavors of pain that could be savored, and then distilled into meaning.  Did the pain relent?  Not to this day.  And neither has the pain of the survivors of the Sichuan tragedy.  But perhaps it has resolved into something more meaningful than mere suffering.

On the second day, the relief workers elaborated their successes.  What they had developed in Sichuan was a new kind of therapy that involved knitting circles, sweating alongside men as they pulled rubble from the ground, singing in impromptu groups outside the aid villages, and sometimes – just sometimes – talking about problems in a way we would recognize as therapy.  These indigenous therapies did not offer artificial hope but rather engagement, life as a remedy for life’s ills, relationship as a cure for lost relationships.  (Zhengjia, 2010).