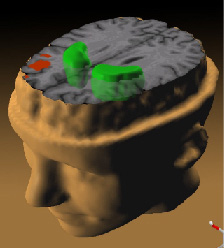 It’s a common assumption among medical professionals that biochemical conditions must involve biochemical treatments — you need to pop a pill for your depression and take medication for your blood pressure.

But that doesn’t necesarilly follow.  High blood pressure is often best treated by diet and exercise, and depression — even assuming it is a biochemical condition — is frequently better addressed by talking with a therapist and changing your life.

Writing at The New Existentialists, Sarah Kass notes that a recent study has shown that practicing yoga “helps to calm the schizophrenic mind.”

And why wouldn’t it?  While the benefits of yoga have only been acknowledged by western medicine relatively recently, it has thousands of years of history behind it as an aid to meditation and a way to help unify mind and body.  The notion that this is inferior to a pill because … because … wait, why exactly?  Oh right, because it isn’t “medicine.”  Well, that’s a notion that doesn’t make any sense.

Healthy approached that take the whole person into account should be medicine of first resort, not last – especially since practicing them is still a good idea when you’re already healthy.  Unlike medication, the “side effects” of yoga are all positive if you do it right.  It can even serve as preventative medicine – the best kind.

Along those lines, a recent case study suggested that schizophrenics who hear voices can benefit from addressing them as manifestations of the psyche, rather than trying to ignore and drown them out.  This doesn’t mean doing what they tell you — especially in violent cases — but it does mean that taking them seriously and trying to understand how they relate to the person as a whole can be a tremendous advance.

This is still a relatively new approach that will need further examination – but it expands the notion of what is possible in medicine if we take the whole person approach seriously, rather than medicating first and asking questions later.