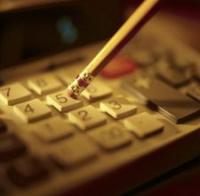 A sustainable organization is capable of “thriving in perpetuity.”

Those were the words of environmental activisit Adam Werbach—words I first came across earlier this week while reading Alexander and Kathia Laszlo’s post, The Practices of Systemic Sustainability.

Werbach’s use of the word perpetuity stuck with me these past few days. A sustainable organization that’s capable of “thriving in perpetuity” can, by definition, exist in state that continues endlessly, receiving a stream of benefits that never end.

Werbach’s word choice is most commonly seen in business and finance—that’s where I recognize it from. In that realm, a perpetuity is a steady stream of cash payments that never ends. It implies an assurance that the return you receive on an investment will never cease.

Keynesian theory—the theory that drives our economy—says that’s OK. We need to act that way to keep the economy thriving.

There’s no real reason to know where your investment’s going. You just need to rest assured that you’ll get it back—with interest—after a set period of time elapses. And this repayment will go on forever. The market structure guided by the self-regulating invisible hand assures it, according to Keynesian theory.

Lately though, the invisible hand hasn’t been as transparent as its name implies. Instead, the greed that drives it has run the U.S. into the ground pretty darn hard.

With our government system currently wedged in the muck of political squabbling and a credit downgrade, the assurances of perpetuity—that stream of benefits that never ends—is looking rather bleak on many levels.

Economically, the system seems to be giving us exactly what it was designed to do—encourage individual greed and gratification. At the same time, the same greed that’s been good to Wall Street tycoons and the upper class is destroying the rest of us. It’s also tearing the fabric of our nation apart both internally—i.e., the rise of political extremism—and externally—i.e., a humiliating credit downgrade on the world stage.

Correcting this problem calls for a shift in our collective thinking. It calls for us to transition from the individualistic, self-serving mindset to a mindset of self-cultivation and preservation, which is what the Laszlos described as personal sustainability.

In order to help our organization—the U.S.—thrive in perpetuity we need to start asking ourselves the who am I and what is my life’s purpose? question. The what are my talents and to what do I feel called to contribute? question. And the what brings meaning to my life and supports my personal development? question.

Right now, the answers are pretty ugly. As a nation, we have no clear vision heading into the future. We’re a reactionary nation living in short-term survival mode, continually making arrangements with other nations that can and have had detrimental impacts on our social and economic health. We empower our people, yet the greediest are thriving while many members of the working class live check-to-check; the poor remain disenfranchised. Our attempts to contribute and aid others are now blamed as the cause of our systemic woes and, even though creating individual success stories shapes our national story, the economic imbalance of recent years has shattered the dreams of many.

We weren’t always this way. We just never changed our thinking. We never re-evaluated our stance. We assumed everything would be fine as-is.

That’s never the case. Change truly is the only constant.

A sustainable organization asks itself these reflective question much the same way a person who’s seeking to live a more sustainable life does.

It’s a step that needs to be taken if we want our country to thrive someday in perpetuity—the systemically sustainable kind.