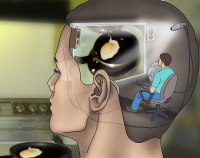 “Thought is the blossom, language the bud, action the fruit behind it,” said Ralph Waldo Emerson.

More than a century later, psychological research continues to echo these very same sentiments: language has a profound impact in developing a facilitative therapeutic relationship.

No one knows this better than humanistic psychotherapists and human science researchers. It’s a hallmark of all things humanistic and the key to the treasure chest for clients looking to heal from debilitating life circumstances.

It’s something that the human potential movement has known for decades—and the very thing that evidence-based therapies are just getting on board with.

Sure, there is a place for modality, technique and interventions. But more so–Research is proving the centrality of strength-based client centered therapeutic relationships that utilize empathic and authentic language for those with mental health problems.

In Humanistic Psychology: A Clinical Manifesto. A Critique of Clinical Psychology and the Need for Progressive Alternatives, the renowned David Elkins seeks to elucidate research regarding the importance of the therapeutic relationship and highlight the myopic nature and erroneous elements of empirically supported treatments with regard to contextual factors in the psychotherapeutic relationship. Elkins states, “Contextual factors, which are found in all therapeutic approaches, include such elements as the alliance, the relationship, the qualities of the therapist, client agency, allegiance, client expectations, and extra therapeutic factors. Although the term includes more than the personal and interpersonal elements of therapy, it is nevertheless true that personal and interpersonal elements are major determinants of therapeutic outcome, while techniques have little to do with therapeutic effectiveness…”

Accordingly, research is also showing the significance of a psychotherapist’s language in facilitating a positive and constructive therapeutic relationship. Utilizing facilitative language has classically been in the “therapeutic tool” box of humanistic and existential psychologists who recognize the curative aspects of a genuine therapeutic atmosphere.

Receptive Language: It’s the best of open and empathic language. It works to explain the predicament of the client in terms they can understand, in a way that they feel heard and through genuine means therapeutically accompanied. It’s best accomplished when the therapist is able to describe the client as experiencing a certain condition or situational adversity that creates a certain circumstance—resulting in an existential, psychological or physical hardship.

Contingent Language: It’s rooted in the human potential movement. It’s client-centered therapy at its best. With a future focus, contingent language allows a clinician to help a client develop capacities that already reside in them—with the hope that the developed capacity can help the client reach the end desired goal. Contingent language is client-centered psycho-education at its best—it’s helpful for the formation of beginning actions or capacities needed to accomplish large goals.

Agency Language: It’s the best of autonomy and active engagement in psychotherapy. It’s called self-determination—and on the therapy couch—it’s long sought after by clients. Language that supports individual agency gives clients the power to change their circumstance through the therapist describing the cognition, choices and behaviors in empowering words that the client can grow from and choose future congruent and beneficial actions from. Implicit in agency language is the belief that all people are capable of self-actualizing in their individual lives.

Ever-so poignantly Carl Rogers, the father of client centered therapy, reiterated, stating, “In my early professional years I was asking the question, How can I treat, or cure, or change this person? Now I would phrase the question in this way: How can I provide a relationship which this person may use for his own personal growth? …”

Read other posts by Liz Schreiber