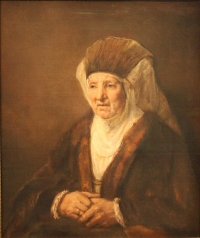 Women, and to attempt to be more precise, women living in western societies have the lived experience of menopause.

Menopause has been shaped by clinical diagnosis and defined as a number of symptoms.

Author and British psychologist Sue Brayne recently published, “Sex, Meaning and Menopause” as research based narrative on the physical, emotional and spiritual experience of menopause.

Her argument along with other authors and researchers is that menopause is not an illness that must be cured. This time can be and is for many women, a deeply spiritual and personally transformative experience. Unfortunately, the mainstream and dominant western cultural message is this is a time that must be avoided. The best way to avoid it is through medical treatments, pharmaceuticals and other treatments that work to suppress rather than soothe.

The first two discourses are still advocating for avoidance or denial of the transition. The third discourse embraces the shift and celebrates the ending and new beginning for women.

Brayne states that there has not been enough focus on what menopause is in the life of a woman. This is a time of endings. Women are confronted with the existential experiences of finitude, death, and anxiety. There is the ending of fertility and the life stage of physical youth. This  must be honored as being very real and vital to at least acknowledge.

Brayne argues that the women have been given just the facts about the physiological changes that are happening in their bodies. The transition is viewed as a physical disease which, she states, “…is not an approach that recognizes or trusts the deeper spiritual or existential essence of human nature.”

Brayne has dedicated a book to experience of finding meaning in menopause. Dr. Jill Jones examined the ways women find meaning in their experience of menopause and if it is in line with the medial model or if they have found a new and more relevant meaning for themselves.

Hvas’s research showed that women who had a more positive outlook on aging reported gaining more freedom, the freedom that is a part of being human.

Despite the physical, emotional and spiritual struggle, women can come through this with a renewed sense of self. This can be facilitated by shifting the focus away from treatment. Women can benefit from seeing their physicians but more so from gathering in women’s groups and even therapy that honor the feminist discourse and the existential givens that are emerging at this time of life.

There is so much more research and narratives out there expressing the need to life point of menopause to be honored. It would be so beneficial to give women back this sacred rite of passage. Taking it back from the medicalized systems and pharmaceutical promotions would be like taking back one’s right to age with beauty.