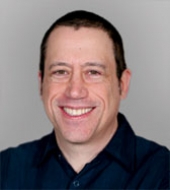 The director of Saybrook University’s programs in Social Transformation, Dr. Federman published an article in Common Dreams last month warning that the democracy movement in Egypt was not over – and that the military’s clearing of protestors from Tahrir Square long after the autocrats were supposed to be out of power was an indication of the struggle to come.

“The world should be watching Tahrir Square,” he warned, after returning from a trip to Egypt where he spoke with democracy activists and civic leaders.

Since then the question of what the Egyptian military’s intentions are … and whether the democracy movement can continue … has only grown, with allegations that the military government is trying to quietly cover up the crimes of the Mubarak regime and hold itself above accountability.

“The Egyptian regime is getting away with tremendous brutality,” Federman warned, “and the trial of Mubarak draws attention away from the suppression of the people power demonstrations that brought about his overthrow.”

Keep watching Tahrir Square, Federman said.  What happens there will be both a barometer … and a cause … of Egypt’s future.

It’s too early to turn away.