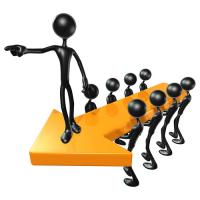 Are you Not Enough, Too Much or Enough?

I was one of them.

The question was part of an experimental exercise designed to explore different sides of ourselves and the people with whom we interact.

The facilitators posted three statements on the wall in separate areas of the room: Not Enough, Too Much, and Enough. We were then invited to select the statement that resonated with us and go to that area.

Everyone would eventually have a chance to visit each statement. We were then encouraged to embody the statement we chose.

I was fascinated by what resulted.

In the Not Enough group, some people were repeating: “We are not worthy. I can’t. I am not smart enough. I don’t know how.” Others in this group took on a victim role, expressing feelings of being powerless, stuck, and feeble. Most surprising was the physical manifestation of Not Enough. Some participants cried and moaned and curled up in a ball on the floor. Others avoided eye contact and lowered their heads, displaying reticence when approached. The Not Enoughs shuffled around inertly with limbs like spaghetti and poor posture. Some people arranged the chairs as barricades, keeping the Enough and Too Much folks out. It was interesting the way some Not Enoughs coddled one another, yet had no interest in holding influence over others.

In contrast, the Too Much group was raucous, dancing about with self-aggrandizing cheers. They stood on chairs and raised their arms as if to take up as much space as possible. The Not Enoughs watched them with looks of envy and discomfort as if this group typified the “haves” while the Not Enoughs typified the “have nots.” In other words, the powerless attentive to the powerful.

Too Much folks put great effort into profiting attention from the Enoughs and Not Enoughs. Listening to others was not valued. More concern was put towards validation of worth and insurance of power. They displayed what appeared to be an absence of interpersonal connection. Their obnoxious attempt to win over people was repulsed by the other groups.

In the middle of the theatrics of Too Much and Not Enough, were the Enoughs. They stood together, respecting each other’s space, bearing confidence, peace, and reflection. They looked each other in the eyes, and listened to one another. They paid little attention to the Too Much group despite the Too Much group’s strident animations. Inclusively, the Enoughs discussed if they should ask the Not Enoughs what they needed, how they could support them, and even protect them from the Too Much?

This exercise was transformative for me. It created a container for self-awareness around what it means to lead from each of these power stances. For instance, think about a time when you have not felt enough, or you have been larger than life leading under the capacity of Too Much. How did you impact others? What were your choices? Are there times when one state is more appropriate or acceptable to be in than others? Which state did you feel most balanced in? When have you felt enough in your personal and professional life?

Afterwards, in open dialogue the participants shared realizations by asking themselves: How were we perceived?  How did we perceive others? How did we communicate differently? Did our values shift? How did we handle power differences? In what ways will I lead or act differently after having an understanding of the impact of each state? What really goes on in the complexity of being enough?

I was surprised to learn that some of the Not Enoughs were angry when the Enoughs approached them for help. They were insulted by the gesture and felt that the Enoughs made a faulty assumption that the Not Enoughs, in fact, wanted help or wanted to be more than not enough. Not Enoughs tend to be risk avoidant, inhibited, and self-protective. Because of this, they experience restricted creativity and wait for approval before taking action.

By contrast, the Too Much group looked down on the Not Enoughs, leading us to ask what this story says about our larger community?  “Too Much can be contagious, selfish, and seductive,” shared a participant.  Too Much tends to be lonely, inauthentic, and feel a sense of entitlement. They generally believe that rules do not apply, take indiscriminate risks, don’t see a need for boundaries, and can be exhausting.

The Enoughs tend to be empowered and appreciate risk. They experience active creativity and feel a need for social justice. “The Enough space was the only place I really felt in connection with others,” one participant said. “When we are enough, we are empowered to be in interpersonal relationships with others.”

In terms of leadership, we all fluctuate between the three power stances. Sometimes we can feel the impact of all three perspectives in a signal day.

Power and its phenomena are complex. Perhaps by embracing the complexities within ourselves—by exploring the three different leadership power stances—we can begin to lead with compassion, understanding, responsibility, and reciprocity.

I am grateful to the facilitators for teaching us how to find ways to work within the margins—to “build a richer, more nuanced understanding of what it means to unleash our potential, passion, and power for good.”

Read other posts by Julie Auger