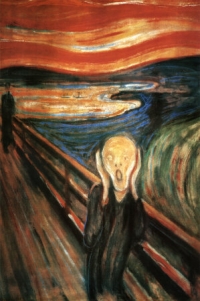 According to a recent article in the Atlantic, “More Americans Suffer From Mental Disorders Than Anyone Else.”

Check out these sobering statistics:

“Over a 12-month period, 27 percent of adults in the U.S. will experience some sort of mental health disorder, making the U.S. the country with the highest prevalence. Mental health disorders include mood disorders, anxiety disorders, attention deficit/hyperactivity disorder, and substance abuse. Over one’s entire lifetime, the average American has a 47.4 percent chance of having any kind of mental health disorder. Yes, that’s almost one in two. The projected lifetime prevalence is even higher: for people who reach age 75 it is 55 percent. The WHO data does not take into account eating disorders, personality disorders, and schizophrenia; the incidence of these disorders together is about 15 percent in the U.S., according to the National Institute of Mental Health.”

Seriously?  Almost half of Americans are going to suffer from a mental illness over their lifetime?

That explains so much …

Jokes aside, when we look at statistics like this, one of two conclusions is inescapable:

1)  American culture really is THAT toxic;

2)  We over diagnose “mental disorders” THAT much.

Either way, we have a serious problem.

Of course, it could be that “mental health” can never be found through diagnosis of symptoms and syndromes.  It could be that, once we’ve reduced every aspect of human behavior to a potential pathology … we’ll still be depressed.  Maybe more than ever.

The best thing for us might be to put the DSM down and ask not “how do we diagnose this unhappy person” but “how did we get in this mess?”

Just a thought.  What do you think?