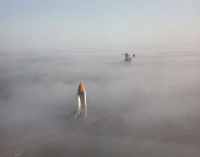 One of the key tenants of Existentialism – and one of the key lessons of life – is that you have to accept the consequences of your actions.

Ducking responsibility can only last so long, and inevitably makes things worse. Even if you “get away” with it socially you’re scarred by it psychologically, living with a sense of false consciousness about who you are and your impact on the world.

As we approach the 10th anniversary of the war in Afghanistan – the longest war in U.S. history – it seems like most Americans are trying not to think about consequences.

America is involved in three major theaters of wars right now, but has yet to raise taxes to pay for military action. It has thousands of wounded veterans returning home, but is trying to skimp on rehabilitative care.

No wonder that, according to recent surveys by the Pew Research Center, half of Americans say the wars in Iraq and Afghanistan have little impact on their lives.

Imagine what it is to be fighting three wars, and not notice. What a thing.

Perhaps that sense of dissociation is why 91% of Americans are proud of our soldiers, only 58% said they’d done something to help a soldier or member of a military family – and less than half would advise someone close to them to enlist.

We are collectively fighting wars that we personally refuse to fight – or even pay for – and try not to notice.

However worthwhile each fight, our inability to look squarely at our actions, or their consequences, will haunt us.

It’s no accident that it is the areas of American history we have trouble looking clearly at that still divide us today. America has never really come to terms with its history of slavery and oppression – and our politics are drenched in racial angst. America has had trouble looking directly at its actions in Vietnam, and thus it remains a flashpoint. Not just “a point of disagreement” – Americans disagree with each other about a lot of things – but a flashpoint, where the mere implication that someone is bringing the subject up is enough to cause lost tempers and heated accusations of bad faith.

In order to avoid dealing with the consequences of our actions, we avoid looking at them: and carry that blind spot with us for generations.

The more blind spots you get, of course, the harder it is to see the road. A people, collectively and individually, only have so much energy: the more we spend denying our past the less we have to improve our future. If we seem stuck as a nation, unable to pull together to do what almost everyone agrees is important, perhaps that’s because we are also going blind.

There is no higher loss in war than the loss of life, but if history is any guide than the loss of honesty – of the ability to be truthful with ourselves about who we are and what we’re lending ourselves to – may also stay with us for generations to come.