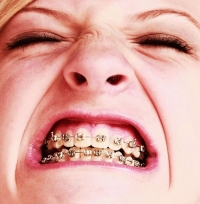 New research published in Social Psychological and Personality Science suggests that the degree to which people smile for their Facebook photo is a good predictor of long-term well-being.

What’s going on here? According to Miller-McCune, researchers offered a few explanations:

“It is plausible that an intense smile displayed in a Facebook profile photo (especially in a college context) indicates that people will be more likely to act similarly in ‘real life,’” they write. If so, those who smile more intensely “may seem more friendship-worthy and approachable.”

“Individuals who tend to smile intensely may be more sought-after as interaction partners,” they add. Thus such people are more likely to make friends, and have a better shot at establishing satisfying personal relationships.

Perhaps the equation is simple. Smiling is good for your social life, and an active social life – one that fosters close relationships – has been linked to higher levels of health and happiness.

I’d like to suggest another explanation, however: people to whom it is important to present pictures of themselves smiling to the world are also more likely to tell the world they are happy when they fill out surveys.

Neither Facebook photos nor self-reporting are capturing an unguarded moment or an automatic response, after all: research subjects are making choices. For many Facebook users (especially college age students) finding the Facebook profile photo that says exactly what they want to say about themselves is a quest akin to finding the Holy Grail or tacos at 4 a.m. on a Saturday night. They don’t just slap one up randomly: they sift, sort, and choose. They decide who they want to be, and present that to the world — and then they try to live up to it.

They’re both intrisically motivated to do it, and compelled to “keep up with the @joneses” — already there’s research suggesting that the pressure to look like you’re happy on Facebook is making people miserable.

When they’re asked to fill out a survey, people for whom telling the world “I’m happy!” are likely to say so … just like they’re likely to put up a picture to that effect. Whether it’s true or not.

This isn’t research on the psyche so much as it is on the presentation of self. Research subjects are making choices.

It’s curious that, at least according to media accounts, this didn’t occur to the researchers involved. Perhaps the issue of going beyond self-reporting to determine happiness was too complicated; perhaps it just didn’t make for as interesting headline.

Or perhaps it represents a recurring trend in experimental psychology to look at people as though they are inanimate: factoring their choices out of the equations and reducing them to substances conveniently measured by quantitative analysis. One part Facebook photo + one part survey questions must equal happiness.

What other explanation could there be?