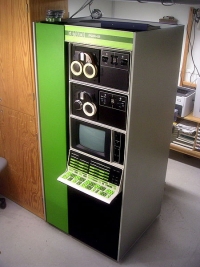 A new book is promoting a new, mechanistic, theory of why we laugh.

According to the authors of  Inside Jokes: Using Humor to Reverse-Engineer the Mind Human being have a sense of humor because the mind is a computer (“our brains are Chevy engines running Maserati software”) dedicated to constantly making sense of the world on the basis of incomplete information.  Because mistakes are inevitable, says co-author Matthew Hurley:

“Finding and disabling these errors is a critical task. But it’s a resource-hungry job that has to compete with everything else our brains are doing. We think the pleasure of humor, the emotion of mirth, is the brain’s reward for discovering its mistaken inferences. Basically, the brain has to bribe itself to do this important work.”

Laughter, then, is an incentive to get your computer-mind to do a critical task.

But wait:  why would the mind need a bribe if it’s a computer?

Why, in other words, is there an enormous category of “discovering mistaken inferences” that don’t lead to laughter?  There are a whole host of reactions to discovering mistaken inferences, and humor is only one of them:  the “disabling errors” theory does nothing to explain where the others come from, or why we’d have them if humor is the mind’s designated mechanism.

There are also many uses humor is put to that don’t fit the criteria of “disabling errors.”  Aggressive humor is a well documented phenomenon:  how do racist jokes that reinforce stereotypes serve to discover mistaken inferences?  How does watching someone get hit in the face with a pie disable errors?  How do playground taunts among children elicit laughter if no mistaken inference has been discovered?

It may be unpleasant, but aggressive humor is a real phenomenon – and the “disabling errors” theory has nothing to say about it.

Nor does it have anything to say about the other side of the spectrum:  the use of humor to solidify group identity.  People who tell in-jokes aren’t discovering mistaken inferences – they’re connecting with one another.  No error was disabled, but it was definitely funny.

What about humor through repetition?  One of the tools in the comedian’s kit is the “call-back,” a reference to an earlier joke.  It doesn’t have anything to do with mistaken inferences, but people laugh.

The authors of “Inside Jokes” have chosen to focus on a very narrow substrata of humor, and claimed to use it to “reverse engineer” the human mind.  But in fact they haven’t even explained jokes.

But the most serious error is the one I alluded to at the very beginning:  they mechanize human beings – “the brain is a computer” – and then try to explain a fundamentally humanistic phenomenon:  “why does a computer laugh?”  The result is a non-sequitor.

The whole point of computer programs is that they don’t need to be bribed to do their jobs:   computers only laugh when their programmers tell them to.  It is human beings who respond to extrinsic motivation, and who laugh in spite of all social pressure.

Attempts to explain human behavior that start with “the mind is a machine” are not only destined to fail, they are destined to look very clumsy doing it.  Humanistic questions require humanistic answers.  The very fact that we ask humanistic questions about ourselves … why do we laugh?  Why do we love?  What is a meaningful way to live … takes us out of the purview of machines and exposes the metaphor for what it is:  a way to grapple with our humanity that doesn’t admit it exists in the first place.  The quest to “reverse-engineer” the mind has a less human human being as its holy grail.