Cross-posted from the MobileActive website. MobileActive is the leading network and resource on the use of mobile technology for social impact, providing field consulting, conducting research, connecting people online and through participatory events, and advancing the use of mobiles for NGOs and civil society organizations.

Editor’s Note: This post is written by Ibrahim Mothana who is an Atlas Fellow with MobileActive.org in 2011/2012. He is a Yemeni citizen from Sanaa. 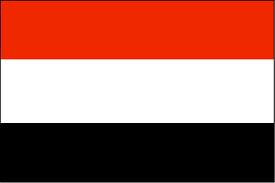 In Yemen it’s difficult to know just how many wars are raging in the country at any one time. For centuries the country has been plagued by revenge killings and tribal conflict and the result is hundreds of deaths each year with many more injured. These localized wars can last for decades and are one of the most serious issues facing the country today.

In rural regions of Yemen, formal legal systems and a legal infrastructure do not exist, and tribal law has significant legitimacy as the only effective and efficient means of conflict resolution. Tribal laws are based on consensus, and conflicts are resolved through complex mediation processes and appeals procedures presided over by tribal elders and leaders (sheikhs).  Due to the lack of many formal legal channels and the corruption in the legal infrastructure that exists, tribal law is faster, more efficient, and enjoys greater legitimacy.

Yet one of the biggest obstacles in using tribal law as a tool for conflict resolution is the lack of communication — which is, in fact, often the root cause of many of the disputes between tribes. Creating dialogue between communities becomes an extraordinary challenge in a country with 24 million people dispersed over 150,000 human settlements.

Most of the tribal conflicts are dealt with customary tribal laws before becoming violent but if an armed conflict starts between tribes, then all channels of communication stop and the members of one tribe are not allowed to enter the territory of the other tribe. Only a third party can bring representatives from both sides to negotiate in a neutral environment, and convince the two or more tribal parties to negotiate or choose an arbitrator to settle the dispute. The increasing penetration of mobiles in the past years have eased this mediation process and virtual meetings have helped overcome the dilemma of finding a neutral meeting territory.

A Case In Point: Dar Al-Salam, the House of Peace

For a decade, the Dar Al-Salam organization has played a vital role in resolving tribal conflicts in Yemen. The organization works with NGOs, local councils, tribal, religious and governmental leaders to facilitate dialogue among different stakeholders and promotes cooperation between them.

It engages in direct mediation efforts between tribes and creates needed platforms for rival tribes to communicate and create dialogue that could lead to the settlements of disputes. However, often in-person meetings between elders and Sheikhs of different tribes is impossible due to the geographical limitations, and the restrictions against entering the land controlled by a rival tribe.

Dar Al-Salam realized that such limitations can be overcome by having virtual meetings using mobile phones that brings all parties together to a discussion about existing conflicts. These ‘peace conference calls’ have resulted in resolving major disputes between tribes. Mobile phones have proved a critical tool in enabling rival parties to come together in a neutral forum and has been an efficient way in bringing solutions to the communities in different areas of Yemen.

Dar also holds an annual training workshop that brings 50 young tribesmen from different areas of Yemen together to train them on conflict resolution. It provides them with skills needed to confront extremism and violence in their communities using the needed information and communication tools to develop localized dispute mitigation tactics.

A tribal dispute hotline was created to receive notifications about developing disputes in order to address them before they escalate and become violent. After the dispute notification is received, the trained tribesmen in that area are contacted to react to the complaint, and resolve it in its early stages. Tribal leaders on both sides are called to start a negotiation process and propose an arbitrator to resolve the dispute. This process has been largely effective and in many cases prevented wider conflicts from emerging. In fact, many of the regional and tribal wars in Yemen were initially a result of small disputes that due to the lack of communication channels between tribes, turned into brutal conflicts that in some cases lasted for decades. And although the use of mobiles in conflict resolution in Yemen relies on the most basic of its functions, the outcomes are promising.