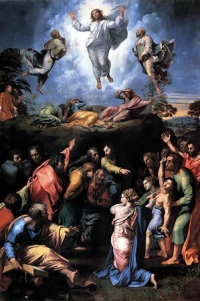 Incarnation is a Christian concept defined as, “the presence of God on Earth in the person of Jesus” (Collins/Dictionary.com).  Christian doctrine takes this a step further, saying that the Incarnation is the simultaneous presence of God and a human being in the same form or body, in particular, Jesus of Nazareth.  The doctrine of Incarnation is a fundamental building block in the practice of the Christian faith.  From the very beginning of the Christian movement, this doctrine was intended to be a doctrine of mystery, a cryptic description of the person and purpose of Jesus of Nazareth.

I share this information because without it, understanding the nature and purpose of Advent is difficult, if not impossible.  The early Christian Church designated the four weeks leading up to the Incarnation of Jesus as a time to ponder the mystery and wonder of this event we now call Christmas.  It was a call not just to reflect on the “whom and why” of Jesus of Nazareth, but more importantly a call for each individual to reflect on his or her own nature and purpose in the world.  Advent is an existential season.

This existential period of Advent stands as a complete and utter contradiction to the social symbols of Black Friday, Cyber Monday, gross-materialism, over indulgence, holiday parties, and house decorations that dance to music.  Advent calls us to stop and quietly take stock of what we are doing in and with our life.  Or, as John Lennon, in his song of Christmas, poses, “So this is Christmas and what have we done?”

Existentialism, more than any other branch of psychology, embraces the mystery and mystical nature of spirituality.  Existentialism encourages the individual to ponder the nature of his or her existence, to reflect on his or her relationships with the people around them, as well as the cultural and social issues of the world in which they move, and breathe, and have their being.  Existentialism calls us to examine the wholeness of our being, in light of the world around us.

Several of the great minds of existentialism, such as Luther, Kierkegaard, and Tillich, were deeply rooted in the religious community.  Much of what they wrote was born out of their faith struggles in relationship to the spiritual angst within the culture and worlds of their time.  They saw the awe and wonder of such mysteries as the Incarnation, and invited others to share in their amazement.  They encouraged people to explore the astonishing nature of these mysteries, as opposed to reducing them to simple and easy concepts to explain.

Unfortunately, the current religious culture of America encourages the materialism and narcissism of society.  The Incarnation is reduced to a birthday party for Jesus, and the messy, nasty, dirty circumstance of Jesus birth in a cave on the outskirts of the city is reduced to an antiseptic Disney like scene of serenity and peace.  Thousands of dollars of gifts are dropped under a tree that will be stripped and dumped within days of the “celebration.”

My purpose is not to invite you to become followers of the Christian faith, or to encourage you to become more religious.  It is instead, a suggestion to stop during these holidays – whichever ones you celebrate – and to reflect on your life and its significance.  To ponder your humanity, your purpose, and your nature.  To think on your relationship with your family and friends, or the people you come into contact with on a daily basis.  To identify ways you can manifest (another definition of incarnation) what is good and right for our world.

May your holidays be filled with joy, hope, and peace!

Read other posts by Steve Fehl