With a 9 percent annual growth rate, India is one of the world’s fastest-growing economies. But corruption remains a serious problem; in 2010, Transparency International ranked the country 87th out of 178 countries in its annual corruption perception index. Indian citizens are regularly forced to pay bribes for everything from birth certificates to driver’s licenses—with little recourse for changing the situation. Individuals who blow the whistle on rent-seeking officials face the threat of retribution, a risk to both themselves and their families. 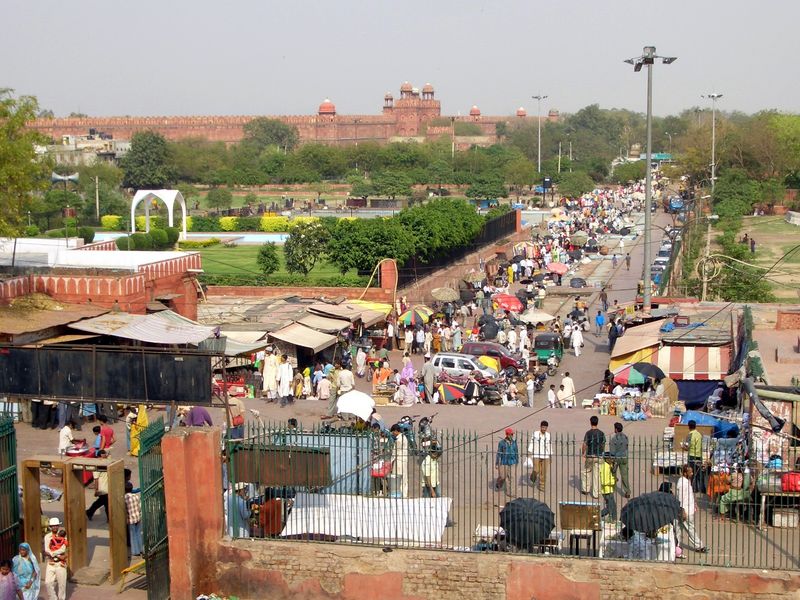 Technology has the potential to rapidly change this state of affairs. In August 2010, Indian civic leaders launched a website called IPaidaBribe.com allowing citizens to document incidents in which they were forced to fork over money illegally to government employees. The website has gained traction with impressive speed. In little over a year, citizens from 400 cities have reported incidents of bribery more than 16,000 times, and the site has had over 600,000 visitors. Requests to replicate the site have come in from more than 18 countries, including Bangladesh, Brazil, China, Egypt, the Gambia, Indonesia, Jamaica, Kenya, Morocco, Nepal, Nigeria, the Philippines, Sierra Leone, and Sri Lanka, as well as several countries in the Balkans.

When we hear about the role of technology in spurring social change, our minds may immediately turn to well-worn images—such as activists using Twitter and Facebook to organize uprisings this past spring in the Arab world. Hidden from the headlines, however, is an equally inspiring story. Technology is not just being used to organize protests; it is empowering citizens to intervene on a wide variety of difficult, risk-laden social issues. It is also providing a platform to rapidly scale these interventions —so that millions of lives can be touched in a relatively short period of time. It is time for the social sector to firmly commit to increasing our investments in these kinds of innovations.

Take, for example, the issue of AIDS in South Africa, a country believed to have one of the largest HIV-positive populations of any country in the world (5.6 million, according to the 2009 UNAIDS study). Young men and women may want to learn more about how to protect themselves from the disease, but they often have difficulty finding safe spaces to discuss delicate issues about prevention and treatment. Many live in houses made of corrugated tin, sharing bedrooms with multiple family members and rarely spending a moment by themselves.

After assessing the situation, the Praekelt Foundation decided to take advantage of the only glimmer of privacy many young people experience: the moments when they interact with their mobile phones. Praekelt convinced South African telephone companies to donate unused space in mobile text messages. Praekelt then uses this space to send public service announcements about HIV prevention and treatment. For example, a young woman might get a text that reads, “Please call Christy” followed by a sentence that says, “HIV positive and being mistreated by your family and friends? For confidential counseling call AIDS help line on 0800012322.” Impressively, these text messages about HIV prevention have been seen over a billion times, generating more than 2 million calls to the National AIDS Helpline.

Praekelt also recently launched Young Africa Live, a mobile-accessible social network. The portal gives young people the space to talk with their peers about sensitive issues in their personal and dating lives, including that of HIV. In less than a year of existence, nearly 600,000 youth have used the Young Africa Live platform.

Both issues—fighting corruption and preventing the spread of HIV—are fraught interpersonal social problems. Part of the reason that technology can be such an effective tool is the anonymity it provides. Young people in South Africa can’t talk openly about HIV without worrying about social stigmatism, just as citizens in India can’t easily accuse officials of corruption without risking their own livelihoods. In both cases, technology platforms are giving them ways to significantly reduce (if not eliminate) this risk.

Impact increases exponentially when technology is leveraged to aggregate individual anonymous responses into a larger whole. When young women go to Young Africa Live, they find the voices of hundreds of thousands of other youth just like themselves—making them realize they’re not alone, and providing further incentive to adopt behaviors that could prevent disease transmission. Similarly, on the I Paid a Bribe website, data aggregated from hundreds of thousands of reports pinpoints patterns of corruption in various local governments. And top officials are paying attention. The organizers of I Paid a Bribe have now been invited to partner with chief ministers to eliminate corruption in some of India’s most powerful city governments in places like Bangalore, Karnataka, and many others.

There is a rich and much needed debate occurring right now about how best to ensure that innovations in the social sector “go to scale.” Too often, solutions to social issues remain limited to one isolated community or geography. Meanwhile, commercial innovations—such as the mobile phone and the Internet—have spread with enormous speed to reach billions of people living in remote villages and towns, many of whom were formerly isolated.

While technology is not the only answer, I would suggest it is low-hanging fruit and that the social sector has only begun to tap its true promise. As a large funder of technology solutions, we’ve seen dozens of meaningful applications emerge in the past few years, from citizen journalism to enabling refugees to locate family members they were separated from during a war. What unites all of these examples is the ability to quickly serve large numbers of people in diverse geographies for an astonishingly low cost.

FrontlineSMS, for example, provides a free application allowing individuals to send text messages to very large groups of people. The service has been downloaded 20,000 times for uses ranging from tracking child abuse in Benin to promoting reproductive health globally. A recent survey of users indicated that 8.5 million people have been reached by this service at an annual cost of less than $500,000. Similarly, Ushahidi is one of the largest providers of open-source crowdmaps, which allow citizens to upload real-time data to help with crisis intervention and data gathering. The organization has existed for only three years, but has seen its software deployed more than 20,000 times in 132 countries, assisting with everything from Haiti earthquake relief to monitoring violence-prone elections in Afghanistan and touching more than a million lives per year. All of this has occurred on an annual budget of less than $1.4 million.

Unlocking the true potential of technology for social good will require a shift in the social sector. We need to see greater experimentation, more funders willing to put money behind early-stage tech experiments, and more people with strong technology backgrounds focusing their attention on how to solve vexing social problems. It’s also important for funders to adopt a venture-capital mentality to scaling these interventions—doubling down on initiatives with early traction to maximize the potential for scale. Given the track record we’re already seeing, even modest shifts in this direction will yield massive positive results.