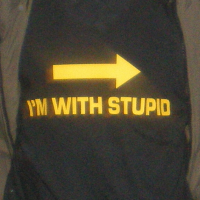 The latest 5 car pileup on the information superhighway is a column called “If I was a poor black kid.”

Naturally it’s written by a white, middle-aged, technology reporter for Forbes, because … well, of course.

It’s advice from writer Gene Marks on how urban poor minority juveniles can use technology to better themselves.  It contains suggestions like:

There’s no need to point out just how absurd this whole exercise is – it’s been done brilliantly elsewhere.  Megan McArdle expertly points out that when you are a poor urban black juvenile the incentives presented to you don’t line up with those offered to middle-aged white technology reporters for Forbes.  Ta-Nehisi Coates explains that to truly understands someone we need to appreciate why they make the choices they do, rather than how we would do things differently.

Both are great reads – and Coates’ concept of “muscular empathy” in particular strikes me as a worthy concept for existential psychologists.

I want to talk about ignorance – both the ignorance of the urban youth who Gene Marks thinks ought to be computer programmers reading Google Scholar, and the ignorance of Marks for thinking that’s a rational option for them – and its relationship to choice.

The whole episode reminds me of a kid in jail I once knew … about the same age as the kids Marks wishes would be Skypeing each other for study groups.  At the time I was in Rochester, New York, and had been asked by the New York State Literary Center to create a program on autobiographical writing to supplement the education offered by the state to high school kids in prison.

I was asking kids to write about their own lives, and one of the things that most stood out was how little kids caught in the criminal justice system actually understood how it worked.  Many didn’t know the difference between a trial and an appeal, or what could incriminate them;  they were unclear about the roles of judge, jury, and lawyer.  One kid (we’ll call him Hector) who had already been convicted and sentenced, asked me to copy-edit a letter he was writing to the judge in his case:  he was hoping that if he said he was sorry the judge might let him out to see his family.  He honestly didn’t know the system didn’t work that way.

Their ability to make rational choices was limited by their ignorance of the system they were working in.  Forget the big picture:  they couldn’t see the forest or the trees.  You can’t navigate without a map.

Marks displays a similar ignorance in his Forbes column:  he has no idea how poor people (let alone poor minorities) live, and it renders him comically unable to offer useful advice … and tragically willing to write off kids who don’t take it.

This could be written off as the ignorance of just one more middle-aged white guy, or Forbes columnist, or tech reporter, but the degree to which limited information can lead to absurd choices seeming rational ought to concern us all.

According to respected industry analysts, the number of newspaper reporters fired in 2011 is up 30% from 2010.  The news industry is taking on water like the Titanic, and for all the blogs that have sprung up to replace it (here’s one where two guys dress alike to review plays in New York), our supply of impartial information about events is dwindling.  We now live in a time where the most trusted source of TV news is a satirical program and the most commonly used reference pages hold only referentiality as the standard of proof instead of truth value. “Can you find a link” trumps “is it true?”

There are levels of freedom.  On one level, that of fundamental existential choice, Victor Frankl was right:  we choice who we are every moment, and can do so independently of the circumstances we find ourselves in.

But beyond that, freedom and ignorance are incompatible.  Our capacity to make good choices is bound by our understanding of the world we live in.  Gene Marks has nothing to say to Hector, and increasingly we are all coming to resemble the blind leading the blind.