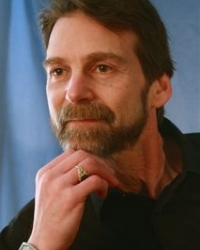 Recently McGraw-Hill announced it was reissuing the seminal 1995 text The Psychology of Existence, by Kirk Schneider and Rollo May.

It was the last book May ever wrote, and he edited a galley copy just two days before his death.

Psychology of Existence was intended to be a foundational book for the revitalization of existential psychology in America, and it has been – introducing a new generation of scholars and practitioners to the concept May pioneered in the 1950s, and expanding them into “existential-integrative” practice for the new millennium.

The New Existentialists interviewed Kirk Schneider, a founding member of this community, about the book and the experience of writing with Rollo May at the end of his life.

New Existentialists:  Tell us about the role you see Psychology of Existence playing in the American psychology since it came out almost 17 years ago.

Kirk Schneider:     “I’d say that, first and foremost, it’s the template or the seedbed for the development of existential-integrative psychotherapy.  That’s a movement that I’ve nurtured since The Psychology of Existence, especially with my recent books Existential-Integrative Psychotherapy and Existential-Humanistic Psychotherapy (With Orah Krug).  It’s an approach that others have been practicing inherently, but now have a more organized orientation they can look to for refining their existential-integrative approach.  I think it’s increasing in popularity.  It’s of strong interest to existential therapists who want to be flexible and who see how other modalities can be helpful to their clients within an existential framework, and it’s of interest to the broader psychotherapy community.  Many practitioners are very interested in practicing an existentially oriented psychotherapy, but they don’t get training in it.  They see a great value in that approach, and in fact it’s being supported as effective in recent research.  They need that training to incorporate it into their practice.  In that sense this book is pioneering.

New Existentialists:  “As a re-issue, is it still relevant?  Are there reasons for people with access to these other, more recent works, to return to this text?

Kirk Schneider:  “The book is very valuable in providing concise descriptions of the existential roots of psychology and psychotherapy.  In particular, the literary roots, the philosophical roots, and the psychological roots.  I don’t think those kinds of summaries are available in other texts, at least not in the ways they’re available in this text.  What I’ve heard from colleagues and students is that they’re particularly interested in these summaries because they bring alive the origins and ideas at the roots of existential therapy. And they include classic excerpts from the existential literature. There’s another exciting part of the book, and that is the case studies that are not available elsewhere.  Those include a case study of a depressed artist by James Bugental and Chris Armstrong, a case of dialogical or Buberian therapy by Maurice Friedman, a case of an obsessive compulsive male by Ed Medelowitz [EDITOR’S NOTE:  Medelowitz is also a member of the New Existentialists].  An existential-spiritual perspective in the case of Sarah by Paul Bowman, and the case of Jerome, by Michael Guy Thompson, which draws from Dr. Thompson’s experience as a therapist at R.D. Laing’s Philadelphia Association clinic.  Among others.  So these are rare pieces and they’re wonderfully done, some of them by very well known existential therapists.  And they bring out the richness of the approach.”

New Existentialists:  “How did you end up working on the book with Rollo May?”

Kirk Schneider:  “It’s interesting, I recall that Rollo called me one evening, back in 1992, and told me that he was offered the opportunity to write a text on existential psychology for a new generation by McGraw-Hill, and he also indicated that he was struggling a bit with his health, and he wondered if I would assist him, collaborate with him in writing that text.  Of course I was just profoundly honored, and delighted to participate and to connect with Rollo.  I had known him for a number of years before that, but this really deepened and solidified our connection.”

Kirk Schneider:  “What ended up happening after that is that I would drive up to Rollo’s Tiburon home, at the very top of a mountain; his home overlooked the San Francisco Bay and was just a gorgeous vista point, which added to the majesty of my experience working with Rollo.  So I would travel up that long road week after week, for several months at the beginning, and we’d go down into his work room, which was in the basement, and talk about how we’d want to shape the book, and what our feelings were about the need for the book, and I wrote up some outlines of chapters.  I pushed for the idea of an existential-integrative framework for the book, because I felt strongly that existential practitioners were already using other approaches to supplement their practices, and yet the reputation of existential therapists was that they ignored more mainstream approaches, which is just not true.  So I wanted to highlight that and support their ability to move from one modality to another within the framework.  We also both felt strongly that it was valuable for the therapeutic world to realize the existential grounding of what they do.  We hoped this could be a bridge to that understanding.”

“I know that I pressed for it, and that Rollo was very much on board with it. At about the same time, I rediscovered a part of Rollo’s classic introduction to Existence that specifically said that existential psychology is not another school to be put against other schools, but an attempt to understand the existential ground on which all therapy stands.  I think it was a realization of the European existentialists’ attempt to understand the structures of being in all possible, that is, phenomenological forms.  It was all very ambitious, of course, but it made sense for our book and it made sense for our field.  In addition, Rollo and I also felt strongly that this book should capture the richness of existential literature and philosophy, as well as psychotherapy–  that it should be well rounded.  So we moved in that direction.

New Existentialists:  “Was his health an issue?”

Kirk Schneider:  “Very much so.  After several months, maybe three or four, where Rollo began to suffer a series of debilitating strokes, it became very difficult for all concerned.  It pretty much put the book into my hands.  With Rollo and his gracious wife, Georgia’s blessing.  He said he wanted me to take over the project and that he would be standing on the sidelines cheering.  He was always very supportive – but he didn’t give me anything like a blank check.  He challenged me, frequently, and remained feisty in his approach, and I appreciated that.  I should also note that the book has some of Rollo’s classic writings, a few, just before he fell ill, like his chapter on the wounded healer, his recollections of Maslow and others, and how they excelled precisely where they were wounded.  He showed how they were able to transform their wounds into productive directions, which is greatly inspiring to many of us.  But that said, by the end you could say that the book ended up as my project based on the inspiration of Rollo May, as well as my work with Jim Bugental, who deeply informed by work on the therapeutic chapters.  Jim’s emphasis on presence is very key to these therapy chapters.”

“The book appeared two days before Rollo died.  I was able to show him the galley proofs of the book just before he died.  That was back in October of 1994.  My feeling is that he was very pleased with the outcome of the book, and Georgia confirmed this.”

New Existentialists:  “I understand this new edition is part of a new kind of publishing process for McGraw-Hill?”

Kirk Schneider:  “It’s a new kind of print-on-demand for them, which means the new edition can be purchased in hard copy, electronic copy, and in parts.  So if somebody just wants to order a particular chapter, they can do that electronically.”

The preface to the new edition of The Psychology of Existence is accessible here at the New Existentialists library.

To purchase a copy of the book, in whole or in part, visit www.mcgrawhillcreate.com, and search for “Psychology of Existence” (be sure to include the quotation marks).