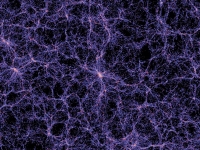 It has been my privilege recently to watch people suffer.

Allow me to say what I mean. Sitting with therapy clients, with students in group process, with hurt relatives, I have watched as people unveiled their selves. I have watched as they allowed their hurt to surface, as they cried in front of me, as they expressed the deep pain they had been holding back from the world.

This we all do to some extent: we put on the brave face, the mask of competence or potency or invulnerability, and we go out and face the world with this false front because we have to, because it is needful. But it is inauthentic: we hurt and we say we’re fine because that is the social contract.

So, I have watched as people come to me with their hurt, watched as they have unveiled it. And it is beautiful. I have started to get this idea in my head that people who are hurt are luminous. But it is not the pain that makes them glow, it is whatever process has taken place when they have spoken of their pain, lived it authentically, grown to be big enough inside to contain the pain, to encompass it and not be encompassed by it.

Here the words begin to evade me. The idea is an abstraction, a tenuous connection that is yet too tenebrous to put down clearly. It is akin to May’s wounded healer – the person whose very suffering makes it possible to affect others, to effect them. It is akin to the mythical sharing of loaves and fishes – the bounty is not diminished by the sharing but created by it. That isn’t right, but it is close.

Buddhists seek non-attachment. But I know that one must first be attached – the person born with no attachments is sick, sociopathic. It is being hurt by attachment and then detaching that leads to peace and enlightenment. It is having and being had that makes one capable of giving away and being given. That is not right either, but it, too, is close.