IS WAR INEVITABLE? AN INTERDISCIPLINARY CONFERENCE

Bringing Together Psychoanalysts and Social Psychologists to Discuss Motivations for War. 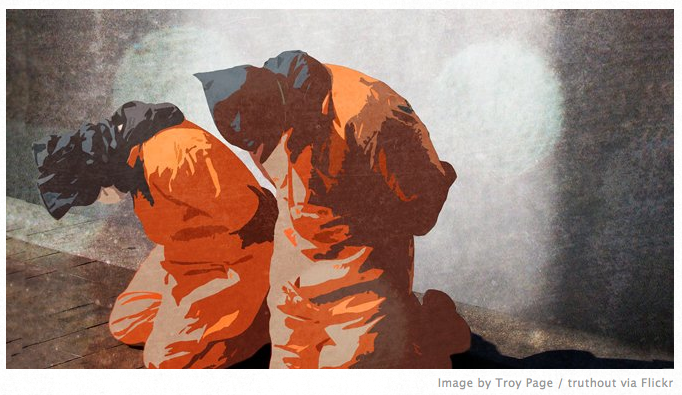 The theme of this conference is inspired by a correspondence between Albert Einstein and Sigmund Freud. In 1932 Einstein wrote to Freud and posed the question, Is war inevitable? (or more precisely “Is there any way of delivering mankind from the menace of war?”). Freud’s response to Einstein was published under the title, “Why War?” His answer was consistent with what was known at that time about human motivation and aggression. Our examination of this topic continues to be as vital to address today as it was then.

Einstein’s choice to invite Freud to think about war reflects the underlying hope and potential of psychology to offer ways to improve society. This demands an interdisciplinary effort to address both intrapsychic and macrosocial variables simultaneously. With that spirit in mind, this one-day conference will explore contemporary psychoanalytic and social psychological ideas about the problem of war. What have we learned in the last 80 years, since the Einstein/Freud correspondence, that we can, and must, highlight as advancement in our knowledge about “Why War?” This conference brings together a diverse group of thinkers that include leading researchers, clinicians, psychoanalysts and social psychologists, and a journalist to offer a contemporary perspective on this most enduring problem in society.
There will be ample opportunity for the audience to participate with questions and impressions.

REGISTRATION FOR IS WAR INEVITABLE? AN INTERDISCIPLINARY CONFERENCE

Use email: [email protected] (Please include Name, Affiliation, and Email in Note section)

SPACE IS LIMITED AND ADVANCED REGISTRATION IS STRONGLY SUGGESTED.

Ron Aviram, Ph.D. is Instructor in Clinical Psychology (in psychiatry) Columbia University College of Physicians and Surgeons, and clinical supervisor at New York Presbyterian Hospital doctoral internship program. He completed psychoanalytic training at the William Alanson White Institute. Dr. Aviram is author of The Relational Origins of Prejudice: A Convergence of Psychoanalytic and Social Cognitive Perspectives, and writes on the application of psychoanalytic ideas to problems in society.

Steven Botticelli, Ph.D. is on the faculty of the NYU Postdoctoral Program in Psychotherapy and Psychoanalysis. He is a contributing editor for Studies in Gender and Sexuality and for Division/Review: A Quarterly Psychoanalytic Forum, and coeditor (with Adrienne Harris) of First Do No Harm: The Paradoxical Encounters of Psychoanalysis, Warmaking and Resistance. He practices in New York City.

Sandra Buechler, Ph.D. is a Training and Supervising analyst at the William Alanson White Institute, supervisor, Psychiatric Institute internship and postdoctoral programs, and supervisor at the Institute for Contemporary Psychotherapy. Dr. Buechler writes extensively on emotions in psychoanalysis, including papers on hope, joy, loneliness, and mourning in the analyst and patient. She is author of Clinical Values: Emotions that Guide Psychoanalytic Treatment; and Making a Difference in Patients’ Lives: Emotional Experience in the Therapeutic Setting.

Thanassis Cambanis has been writing about the Middle East for nearly a decade. He is the author of A Privilege to Die: Inside Hezbollah’s Legions and Their Endless War Against Israel, and he is currently working on a book about Egypt’s revolution for the Free Press imprint of Simon & Schuster. He is a regular contributor to The New York Times and other publications, and writes a foreign policy column for The Boston Globe. He teaches at Columbia University’s School of International and Public Affairs and The New School’s Graduate Program in International Affairs. He blogs at thanassiscambanis.com.

Michael Hogg, Ph.D. is Professor of Social Psychology at Claremont Graduate University, and an Honorary Professor at the University of Kent and the University of Queensland. His research focuses on leadership, deviance, uncertainty reduction, extremism, and subgroup relations, and is closely associated with the development of social identity theory. He has published 280 scientific articles, chapters and books on these topics. He is an Association for Psychological Science Fellow, the 2010 recipient of the Diener award for social psychology from the Society for Personality and Social Psychology, and foundation co-editor of the journal Group Processes and Intergroup Relations.

Donald Moss, M.D. is Faculty at Institute for Psychoanalytic Education at NYU Medical Center. He is on the editorial boards of Psychoanalytic Quarterly, JAPA, American Imago, and Studies in Gender and Sexuality. Dr. Moss is author of more than 50 articles, and the books Hating in the First Person Plural, and forthcoming Thirteen Ways of Looking at a Man. He has been in private practice for 30 years.

Henri Parens, M.D. is Professor of Psychiatry at Thomas Jefferson University, and a Training and Supervising Analyst (Adult and Child) at the Psychoanalytic Center of Philadelphia. He is author of over 200 scientific and lay publications and multi-media programs. He has authored and coedited 18 books, including: Dependence in Man, The Development of Aggression in Early Childhood, Aggression in Our Children, and his Holocaust memoirs, Renewal of Life. His principal research and prevention efforts include the development of aggression in early childhood; the prevention of violence and malignant prejudice, and the prevention of experience-derived emotional disorders.

Sheldon Solomon, Ph.D. is Professor of Psychology at Skidmore College. He studies the effects of the uniquely human awareness of death on behavior and his work was featured in the award winning documentary film Flight from Death: The Quest for Immortality. He is co-author of In the Wake of 9/11: The Psychology of Terror. He is an American Psychological Society Fellow, a 2007 recipient of an American Psychological Association Presidential Citation, and a 2009 recipient of a Lifetime Career Award by the International Society for Self and Identity.