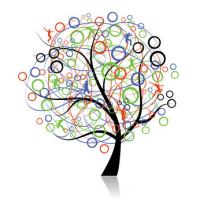 So what is complexity?

The definition of complexity is… complex.

Most people associate complexity with complication. We view something as complex when we do not understand it, it appears difficult to manage, or it simply has too many moving parts. The challenge with defining complexity is similar to defining happiness. It doesn’t have a neat and tidy definition that can easily fit in a sentence. Like happiness, we can only define complexity as a set of characteristics.

Neil Johnson, an author and professor, postulates that complexity is “the single most important scientific development since general relativity.” Complexity Theory has evolved over the last few decades and has given way to Complexity Science, which some call the science of all sciences as it promises to answer the riddles of the universe that Cartesian physics and relativity have not been able to do.

Let’s identify the characteristics of complexity.

Complexity relates to a system—a system is a collection of many interacting objects or “agents.” These agents can range from atomic particles to humans and, in an organization, they include processes and procedures. For example, a project team is a system of interacting members. As a system, a project team has a mission, meets objectives, plans strategies, develops methods, tackles risks, creates schedules, finds resources, and identifies deliverables. In complexity, a distinction is made on agents that link together by private information forming a network. A system, then, can have agents and networks. A network in a project team could be the leadership team.

The second property of complexity states that the system is affected by memory and feedback. This means that something from the past affects the present. It also means that something that what occurs in one place influences what takes place somewhere else. Feedback is particularly relevant to complexity. The system responds to and acts on feedback within the system and received from the outside world. A project team, for example, can change course when it receives feedback that a risk has been discovered.

Under the third property of complexity, agents can adapt their strategies according to their own history. This means that agents in the system can change themselves based on their own perceptions. In a project team, any member can improve their performance based on their own understanding of how they are doing.

The fourth property of complexity is that the system is open. An open system responds to its environment. Complexity Theory posits that all systems are open with the possibility that the total universe is the only closed system. Continuing with the project team example, there are numerous external influences that determines the project’s course. Funding would be an important external variable for a project team.

Aside from being open, a complex system appears to be alive, which is the fifth property of complexity. In this context, aliveness means that the system evolves in a non-trivial or complicated manner. It is instead driven by the ecology of the agents and their interaction. A project team has a life of its own and, oftentimes, its own subculture too.

The sixth property of complexity is emergence. This characteristic means that aside from being alive, the system produces new order that was not there before. Emergence relates to new system conditions that cannot be planned or manufactured.  These conditions solely rely on the evolution of the system. A project team can develop new knowledge, team capabilities, and leaders.

The seventh property of complexity specifies that the emergent process is self-organized. This tells us that there is no command and control mechanism that drives emergence. This process naturally occurs as agents interact, adapt, and respond to the outside environment. Even though a project team has an organization with command and control elements, emergent order happens through the self-association of the team members and what they do regardless of their roles, assignments, direction, or coaching.

The final, eighth property of complexity is the mix of ordered and disordered behavior. A complex system shifts from order to disorder much like traffic jams or the stock market. A project team has its ups and downs, successes, and failures.

Putting it all together, we can say that complexity refers to an open system that appears to be alive in which its members respond to memory and feedback and adapt based on their own history. This open system can yield emergent order founded on self-organized processes. A complex system will, over time, exhibit ordered and disordered behaviors.

There is so much more that can be said about complexity and its applications. One of the promising areas of application is that of leadership. In the Harvard Busines Review article “A Leader’s Framework for Decision Making,” David Snowden and Mary Boone introduce four contexts for leader engagement.

According to these authors, leaders should recognize the context of their activity and utilize an effective approach for each.  The four contexts defined by Snowden and Boone are: simple, complicated, complex and chaotic. The article delivers an understandable and applicable level of complexity theory and makes the point that “one-size-fits-all” leadership approaches are ineffective.

In a future post, I will bring a summary of the work of Snowden and Boone. For now, look at your daily life and identify the complex systems that exist around you and that you are a part of. Very importantly, pay attention to what is emerging from each of these systems. As you do this, you will be joining the growing number of individuals who are seeing complexity as a creative and evolutionary force in our organizations, communities, nations, and the world.