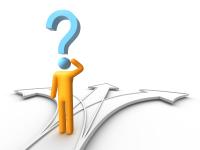 About three years ago, I had a coaching conversation with a human resources manager for a retail company.

The manager confided in me that conflict she was experiencing made her uncomfortable. She described the lengths to which she would go to avoid raising challenging issues or delivering candid feedback. By way of example, she described a damaged relationship with a colleague who thought she was trying to sabotage his career.

“He accused me of going behind his back to the regional director about complaints I had received from his direct reports,” she said.

As we talked, it became clear to both of us that her choice to avoid delivering direct feedback to her colleague had festered into a judgment about her motives. To put it another way: By going out of her way to avoid conflict, she had created conflict. She inadvertently got the precise outcome she was trying to avoid.

The above examples, and countless others, share two interesting features. First, they describe an outcome that is the direct opposite of the intended one. Secondly, the outcomes result from an overuse of what starts off as an appropriate set of behaviors given the person’s intentions.

For example, if you want close relationships, it’s a good idea to spend time with people and be open about yourself; or if you want to ensure high quality work, it makes sense to do a lot of checking. The problems seem to arise when the otherwise appropriate set of behaviors get over used. It’s like pressing on the accelerator of a car. Not enough pressure and you go nowhere. Apply an appropriate amount of pressure and you make progress while staying in the flow of traffic. Keep your foot on the accelerator and you make a mess of the traffic flow, irritate the other drivers, and red-line the engine.

The behaviors described above go beyond simply being ineffective or even counterproductive. Let’s call a situation where the result produced is the exact opposite of the result desired: an “ironic outcome.” If we could notice with objective clarity when the return for our effort starts to diminish, we might be able to make a different choice before our counterproductive efforts produce ironic outcomes. There are three different kinds of outcomes that we’d rather avoid: (1) unintended outcomes, (2) counterproductive outcomes and (3) ironic outcomes. Each class of outcome represents a different level of self-awareness in order to recognize what’s happening.

First-tier Change to Deal with an Unintended Outcome: Behavior

When the consequences of our actions are unintended and unwanted, we can sometimes make a quick adjustment to our behavior to fix the problem. For example, a colleague gives me feedback that I haven’t requested and it’s input from one of my team members who seems reluctant to speak up in meetings. I start calling on the team member and I notice greater engagement and better quality discussions.

Second-tier Change to Deal with a Counterproductive Outcome: Thoughts and Feelings

When the consequences of our actions turn counterproductive—in other words, we’re actually making things worse—we may need to look beyond our behaviors to our thoughts and feelings. For example, it’s uncomfortable for me to openly challenge my boss, but I’ve noticed that the boss actually seems to enjoy the give-and-take of verbal sparring matches and tends to favor advice from colleagues who openly disagree with him in meetings. Opting for a behavior driven by my anxiety over experiencing the discomfort of flexing my style has reduced my effectiveness as a team member. I work on becoming comfortable with a more provocative style by finding non-threatening venues to try out the new behavior. Over time, I reduce my anxiety about speaking my mind candidly at team meetings.

Third-tier Change to Deal with an Ironic Outcome: Beliefs

When the outcomes turn ironic and what we’re getting regularly betrays our intentions, it’s a clue that a pattern of behavior has taken charge. It’s akin to a malfunctioning cruise control on a car that accelerates imperceptibly until we suddenly notice that we’re speeding. One telltale sign that we’re dealing with ironic outcomes is the way we justify our behavior. Instead of offering some version of “I don’t know, it seemed like a good idea at the time,” you might hear us offer a more rehearsed and philosophical justification, like “I just think it’s wrong to…” or “People just don’t understand that….” Each of us, I suspect, has experienced the frustration of getting the opposite of what we want while offering a kind of righteous defense of the behaviors we’ve chosen. When we invoke generalized value judgments to explain ourselves, we’re bumping up against situations where our underlying beliefs contrast with the protocols of our roles; such are the situations that cause leaders to derail, college students to drop out, and couples to divorce. Not all ironic outcomes are catastrophic, but there is a long-term cost to repeatedly producing the opposite of what you want.

How to Stop Producing the Wrong Outcomes

Three steps in the form of questions to answer can help you rewire a pattern of behavior that produces ironic outcomes. A word of caution: the steps are few, but the elevation is great. You’ll either need the capacity to be brutally honest with yourself, or be fortunate enough to have someone in your life that can be honest with you without having his or her own axe to grind.

The point here is not to let go of the belief, but to either demote it or re-conceptualize it. The HR manager’s current and future roles will occasionally put her in situations where “supportive” and “positive” are trumped by “candid” and “direct.” She can either recognize that the belief does not apply to all situations or she can redefine “supportive” to include candor and directness.

When we notice that we’re getting the opposite of what we want, altering our behaviors or getting comfortable with new ways of thinking and feeling won’t interrupt long-standing patterns of behavior. If we’re profoundly dissatisfied with the results we’re getting—and we make the choice to look at our own contributions to the situation rather than blame others—we’ll eventually be forced to take a fresh look at our beliefs. Outcomes turn ironic when we wrap ourselves in a belief that served us in simpler times, like a beloved, threadbare sweater that doesn’t quite fit, yet we insist that it still suits us.

NOTE: This post was originally published by Interaction Associates on September 30, 2010, and has been updated accordingly.