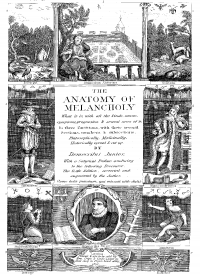 Your insurance company wants you to read this

Does going to a psychotherapist mean you’re mentally ill? If you want it paid for by your health insurance, then the answer is yes. Why? Because in order to get paid, your therapist is required to diagnose you with a mental disorder. Another way to think about this is that insurance companies cover health problems. From their perspective, if they are going to pay your therapist, she better be providing medical services that fix something wrong with you. If you’re simply there to shoot the breeze about your feelings, they aren’t obliged to pay.

This places your therapist in an awkward position. She wants to help you. At the same time, she also wants to get paid because, well, even helpers have to eat. The easiest way for her to get paid to talk to you about your troubled marriage, dictatorial boss, aging parents, or overscheduled kids is by billing your insurance company. And so, she must convert your problems into disorders because insurance companies are in the business of paying doctors to treat medical conditions, not talk to people.

Thus, life’s problems are transformed into an ever-expanding list of mental disorders. Human feelings and conflicts are recast as diseases. For every problem presented, a corresponding diagnostic category has been invented:

The list goes on and on and it gets longer every time the American Psychiatric Association revises its diagnostic manual. Potential future diagnoses:

None of this is meant to trivialize the concerns people bring to psychotherapy. As anyone with a temperamental kid or a spouse who uses the Internet too much can attest, these can be debilitating problems worthy of professional attention. But this doesn’t make them diseases. Most of us intuitively know this, despite being told otherwise by well-meaning but conceptually confused mental health professionals. The conceptual confusion at the heart of the matter arises from considering psychotherapy a form of medical treatment to begin with. Doing so constitutes a category mistake, according to psychotherapists Jay Efran and José Soler-Baillo:

This category mistake situated the therapist’s activities in an inappropriate conceptual envelope. Therapists do not treat symptoms or cure diseases. They have no salves to apply, no antibiotics to prescribe, and no surgical instruments to wield. The association with the medical model and disease-entity approach continues to seduce us into analyzing our craft using conceptual tools that are not well suited to the task. As even Freud acknowledged, psychotherapy is not a medical treatment—it is merely a form of dialogue or conversation. (Efran & Soler-Baillo, 2008, pp. 88-89)

This means that helping someone decide whether to remain in a marriage, change careers, confront an abuser, or forgive a parent aren’t akin to fighting an infection, removing a tumor, setting a broken limb, or stitching a wound. This doesn’t make these less important activities. It just makes them qualitatively different from medical interventions.

From a practical standpoint, this creates difficulty because even though we can see how helping someone come to terms with his sexuality is different from curing his genital warts, we still appreciate the benefits of each activity and want our health insurance to cover both. This perhaps explains why so many people remain invested in keeping psychotherapy under the medical umbrella. Otherwise insurers might stop paying therapists to talk to people about their problems and very few of us want to see that happen. Psychotherapists may not treat anything in the same way as medical doctors, but the conversations they have really do help people. Consequently, clients and therapists wind up speaking two different languages: the medical lingo they use with insurance companies and the everyday talk they engage in with each other.

Speaking these two different languages may be an imperfect solution, but many contend that for practical reasons we have no other choice. We need to use the language of disorder and treatment with insurers so that they will pay for services, or so the argument goes. We just mustn’t take what we tell them too seriously. Yet continuing to pretend for insurance purposes that psychotherapy is a medical treatment doesn’t correct the original category mistake that got us into this conceptual morass in the first place. It also fails to heed psychiatrist R. D. Laing, who warned that “it is a form of self-deception to suppose that one can say one thing and think another” (1965, p. 18).

Going to psychotherapy doesn’t mean you’re mentally ill—unless we all continue to talk about it as if it does.