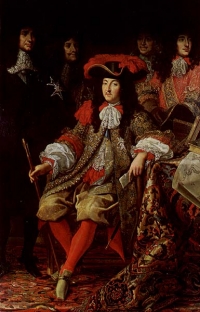 We do so enjoy our privilege

Diversity is an issue among existential psychologists.  We tend to believe we are above the fray because we try to accept each person in an holistic manner.  We don’t always care about the labels or make the first move in talking about diversity.  Becoming more sensitive about the treatment of “minorities” in our country and learning not to commit micro-aggressions like the suggestion that white men might become a minority are necessary steps forward for a psychology of liberation.

I heard in a classroom today that white men are facing discrimination because the law dictates minorities be hired first regardless of qualification.  I decided to go off on this rant as a result.

We have all heard white men complain that we are becoming a minority in America.  Immigration and affirmative action are frequent targets for this complaint.  Nobody likes discrimination, and the fear of reverse discrimination seems to be a real one.

But what are the real bases for this complaint?

In truth, white men have always been an American minority.  At best, remember that 50.1% of the human population is female – so a majority status is not really likely or desirable.  Two anomalous cultures experience a male majority (Alaska and China) and neither can be touted as an ideal situation.

Minority rule was the goal from the beginning, as when the Mayflower carried mostly non-puritan, non-pilgrims to the new world and got them to agree to the minority rule of a puritan government.

Moving on from there, these folks were hardly the first people in the new world.  Even taking the extraordinary step of excluding the native people who predated Caucasian arrival by between 14,000 and 40,000 years, the original make-up of American colonists was a combination of predominately Spanish, French and British – in that order.  And from the very first, Africans were part of the colonization effort – at first as free people and soon as slaves.

So at what point were white men a majority in the Americas?  Factually speaking, at no point at all.  Once again, the complaint does not center on the facts but on the feeling of being treated like a minority.

Let us ignore for the moment the fact that very few white people are treated like minorities; in our current economic climate of high unemployment, for example, blacks outnumber whites in the unemployment rolls by a staggering margin.  While the unemployment rate for white is 8%, the rate for African Americans is 15.3%.  Where is the reverse discrimination?  Statistically speaking, it is irrelevant to the conversation.

The complaint itself is a tacit admission that we do not treat “minorities” very well.  Being treated like a minority or becoming a minority are not seen as very positive outcomes for white men.  A condition of privilege is seen as our birthright rather than an undue condition that needs to be rectified.  Perhaps if we had been better stewards of this privilege we would garner more sympathy as it slipped away; however, centuries of white male rule have not enriched the world, improved the lot of the poor, created peaceful conditions worldwide or even here at home.  Rather the world is at war and a tiny minority control the majority of our wealth.

America’s gross domestic product last year was 14.2 trillion dollars.  Divided among 300 million people, this gives us the rosy picture that the average American income is $47,000.  The truth is that 90% of people made only 10% of that amount, collectively.  That is, the average of the bottom 90% of us made $4,700.  The rest went to the top 10% of “earners,” almost exclusively white men who started life with wealth.

The fact that I cannot get my piece of that pie does not make me part of a minority.  It makes me one of the American people who has substantially more opportunity than most.