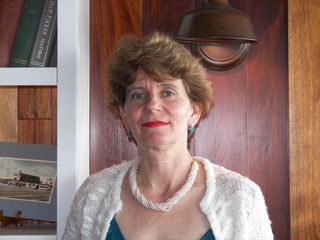 Connie Corley has engaged in the field of gerontology for 35 years of her professional career. During that time, she has participated in developing the innovative cultural concepts of Positive Aging and Conscious Aging.

The word “gerontology” conjures up an array of thoughts and images about aging, and not all of those images are inspiring. The Positive Aging and Conscious Aging movements seek to give new meaning to the aging process. The Positive Aging movement was inspired by positive psychology. It aims to give purpose to one’s later life through a variety of directions, such as being active in communities and building meaningful relationships.

Conscious Aging, a parallel movement, inspires the aging process with an element of spirituality. The Conscious Aging perspective can benefit persons approaching the end of their lives, and their loved ones as well. Through the discussion of spirituality and aging, Conscious Aging teaches loved ones to be more fully present with their aging family member or friend during some of the difficult times. The deepened relationships that unfold through communication about what it means spiritually to move through life, allow for growth for everyone involved.

People have a full range of experiences as they age. One perspective promoted by Ram Dass is that aging allows us to stop identifying with the ego and the physical body. By letting go of physical constraints, conscious aging allows us to get back to our true essence. Instead of aging limiting us to roles, conscious aging connects us with our souls.

Her interview with Ram Dass is filled with wise and inspiring life messages. Ram Dass suffered a stroke in his mid-60’s. Instead of allowing himself to be limited by his physical constraints, he sought to discover wisdom within his limitations. Ram Dass explains that sometimes we get lost in our fast paced world; aging gives us the gift of slowing down to appreciate every moment. Since his stroke affected his speech, in speaking more slowly and responding more slowly there is a gift in silence, which allows for contemplation.

Connie has also studied Holocaust survivors who have developed their stories through creative expression. In an article in 2010, in the Journal of Aging, Humanities, and the Arts, she illustrated how three women artists expressed their feelings and emotions through their art, in the process healing some of the trauma they faced during the Holocaust. Sharing this with others leads to collective healing.

Connie was on the planning committee for the Fifth Annual International Conference on Positive Aging, which took place in December 2011 in Los Angeles. See the following link for a view of presenters and topics, http://www.positiveaging.fielding.edu/. We’re excited to be working with her at Saybrook.