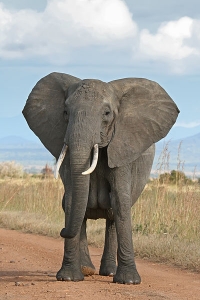 A number of us including Dr. Louis Hoffman and Dr. Jason Dias, members of the New Existentialists, have been travelling into China and Hong Kong to promote East-West dialogue in the area of Existential Psychology.  This has been a very rewarding endeavor and we have invited others, including Dr. Erik Craig to join us in this mission.  Our main collaborator in China is Dr. Wang Xuefu from the Zhi-Mian Institute for Psychotherapy in Nanjing, China.  Along the way, we have also met Ren Zhen Jia (Jia Jia), an extraordinary young man who took three years out of his life to do volunteer and paid work with the survivors of the devastating earthquake that struck Wenzhou, China in May of 2008.

One of the silver linings that resulted from this tragedy is that China became more aware and open to its own mental health needs.  Mental health experts from around the world flocked to China to offer their assistance and technical expertise.  Jia Jia was one of the main people responsible for hosting these distinguished guests.  As a reward for his sacrifice, Jia Jia received an on-the-job training in psychology from experts around the world.  Jia Jia was originally trained as a physician.  Jia Jia’s observation and insight from all of this learning was summed up succinctly for us during one of our visits.  He concluded that “psychology is dog shit!”  This quote has since become lore and have taken on mythic proportions.

Many people have asked me which technique or method I used or which school of psychotherapy I followed when providing psychological treatment in the area. My answer is “a ‘heart’ approach”. There was no specific technique or method, other than centring on the clients and their needs.  Many volunteer counsellors used various techniques such as cognitive behavioural therapy, art therapy, hypnotherapy.  I do not disagree with the validity of these methods, which have demonstrable benefits. We were providing large-scale psychological treatment for victims in rural areas. Many victims, especially those living deep in the mountains, had low levels of education. There was a popular saying in the area: “Fire prevention, epidemic prevention and prevention of psychological intervention.” This is a population not only traumatised, and therefore naturally suspicious of outside intervention, but also psychologically naive. Any intervention had to be on their terms if it was to be effective.

Fast forward to 2011 and sitting in a café in Nanjing, Dr. Wang shares with me a story told to him recently by Dr. Erik Craig who visited him and conducted a workshop with his students and apprentices.  It was a story about Fritz Perls and how he classified different types of human communication:

As you can see, this too has become lore that is now being passed around the psychological community, at least in Nanjing China.  Is not cross cultural dialogue a matter of fecal exchange?  I could not help but think about the size of American portions upon hearing this story (which type of shit is it?)  Jia Jia sent us some dog shit from China and reciprocally, we send three forms of shit back in return.

My reflections about all this shit are that these stories capture the spirit of our cross cultural exchange.  First of all, we try not to take ourselves too seriously.  Earlier in 2011, Dr. Hoffman, Dr. Wang and myself conducted workshops in both Nanjing and Hong Kong on the topic of preparing for death – a topic of elephant shit proportions.  Yet, my recollections from that trip were how heartedly we laughed at all the jokes that were told.  The gut-wrenching guffaws resulted from all the different varieties of shit: chicken, dog, bull to elephant proportions.  We truly enjoyed each other’s company.  We were in the moment.  And of course being in China, many of these moments happened around the dining table.  One could argue that we were ourselves preparing for death as we presented these materials to our audiences.  Now I’m in danger of treading on elephant shit!  But it is true.  It was about the relationships forged while partnering in meaningful work; the type of relationships and sustaining meaning which helps us to prepare for death.  Serious Shit!

Shit is also appropriate term to capture the existential spirit.  Us existentialists take very seriously the tragic dimensions of life.  We are connoisseurs of pain to borrow another idea expounded upon by Dr. Jason Dias which resulted from our visit with Jia Jia.  Connoisseurs of coffee, tea and wine all seek the sweetness that is intermingled with the bitter.  Laughter is the best medicine and in the midst of tragedy, we need more chicken shit, if you know what I mean.

At this point, you might be wondering what is the cross-cultural component of this discussion?  Well, existential psychology is not exactly mainstream in the West and perhaps some consider it dog shit.  But what is dog shit in one context may indeed be elephant shit in another as we have found quite an openness toward the existential attitude in our cross cultural exchanges.  So our shit may not stink in quite the same way.  Of course, as Jia Jia reminds us, if we are disrespectful or uninformed about the culture we’re stepping into, then our elephant shit run the risk of being treated as dog shit, especially without the benefit of establishing solid relationships.

Finally, many are familiar with the Zen saying, “the wondrous Tao consists in carrying water and chopping wood.”  Now that sounds like everyday shit to me.