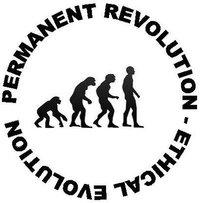 There is no doubt that we have been rapidly evolving as social beings since our tribal beginnings to our now global media-connected existence. As our evolution continues, we can see two very different paths ahead of us: one of a sustainable future and one of apocalyptic outcomes.

Our current ethical fabric may not be enough to propel us into a sustainable future. What kind of ethics do we need to assure the future of human kind? Two words: conscious evolution. Simply stated, conscious evolution is being aware that we are part of a cosmic evolutionary process in which what we do has system-wide repercussions affecting the evolution of all things.

Astrophysicist Eric Chaisson stated that we are now in the Life Era. In his timeline of cosmic evolution, the universe started with the Big Bang 14 billion years ago. The first phase of evolution of the universe was dominated by radiation, which Chaisson called the Energy Era. The Matter Era came next giving way to the structures we have in the universe, including our planet. According to Chaisson, the subsequent Life Era has just started and enfolds all life on Earth. In this new era, and for the first time in our planetary history, life controls matter and not the other way around.

Chaisson’s own definition of conscious evolution identifies several required evolutionary aspects now present in the Life Era, such as the process of change, synthesis and consciousness, humanism, integration of science, philosophy and religion, and ethical evolution. By all accounts, including his, we are in an accelerated change timeline. Technological advances have made it possible to rapidly change how we live. Synthesis and consciousness relate to the level of complexity, in particular to the level of systemic integration in our thought processes.

Humanism is an on-going development for our planet. A large number of pro-human changes took place in the 20th century, including the ones that positively affected women’s and civil rights. Even though we have come a long way with our humanism, we still have much to address as evidenced by growing poverty and by the lack basic rights for all people on Earth. Science, philosophy, and religion started to integrate in the 1980s with the advent of New Physics and the exploration of Intelligent Design (or ID) by our scientists. All in all, it seems that we are squarely in the Life Era.

In reflecting about our next period of evolution, Chaisson equates our future with ethics. This astrophysicist believes that our planet will not have a future if we do not apply a global level of ethics to our evolution. Specifically, he named our next potential era “Ethical Evolution.”

Chaisson references technology as the inflection point for human evolution. He believes that technology sets us apart from our own ancestors not because we can manipulate matter but because we can “tinker with evolution itself,” according to Chaisson.  “Given enough time even evolution evolves” is the maxim that Chaisson used to reflect on the fact that we are affecting the evolutionary process itself by introducing profound change.

Previously, our genes and the environment guided our evolution. We now are tampering with genetic material and the physical, biological, and cultural make up of our environment. For Chaisson, this is the true start of the Life Era where humans aided by technology begin to manipulate matter more than matter influences life. What is unknown is how far humanity (or life) will go to take control of matter. By the same token, we may be reaching an end where universal evolution limits the control of life over matter.

Chaisson wrote that we have evolved to our current level of consciousness at a universal scale.  We do not know if there are life forms like ours in the universe that have reached our level of development.  He called our development “a transition of astronomical significance—a fundamental change from matter-dominance to life-dominance.” This transition brings a characteristic never experienced before: our inquiry about our place in the cosmos and perhaps even our role in it. This realization translates into an obligation to survive particularly if this type of development is unique or rare in the universe.  “The great experiment that intelligent life represents must not end in failure,” Chaisson surmised.

The issue about surviving in our current evolutionary path may be one of timing. Can we come to a global realization of what we need to do for planetary sustainability and still have time to fix our most critical issues? Chaisson conjectured that perhaps civilizations that achieve our level of technology only survive if they develop global ethics. He posited that there may be a universal natural selection akin to Darwin’s that is driven by the presence or absence of planetary level ethics.  This is a monumental observation and one that we should seriously consider.

Chaisson takes his line of inquiry a step further. He questions if carbon-based beings are the end-goal of evolution? To date, we have created primitive silicon-based machines. However, they could also evolve and be the next generation of the containers of consciousness. The character “Data” in Star Trek: The Next Generation is an example of what evolved life could be like.

According to Chaisson, ethics is at the turning point of human evolution. Evolutionary ethics requires the wellbeing of the entire planet. This broad base application of ethics is necessary to sustain and resolve our current crisis. Chaisson wrote that global ethics can flourish if science, philosophy, and religion unite for the common purpose of survival. Politics at all levels seems also necessary to support our scientists, engineers, economist and all other disciplines needed in solving our challenges of population, poverty, and overall planetary sustainability. The involvement of global governments, industry, non-governmental organizations (or NGOs), communities, and individuals aligned with a global set of ethics would support our survival and the transition to a higher level of complexity as our cosmic evolutionary journey continues.