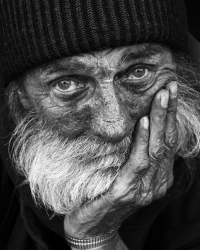 I teach and mentor graduate psychology students in Descriptive Phenomenological Psychology. Learning how to practice phenomenological research, students gain a lived-sense of the feature of consciousness that Edmund Husserl, drawing on the work of his teacher Franz Brentano, termed “intentionality.”

Within Husserl’s phenomenology intentionality signifies (in part) that everything we can experience and know is given to us through consciousness. Consciousness for Husserl, as Giorgi often remarks in his lectures to students, is “the privileged medium of access” to World as such. As philosophers know, there is more than a century of rich literature exploring what Husserl means by intentionality. But gaining a hands-on sense of the Husserlian meaning of intentionality presents a genuine challenge, because it is not a merely formal or “technical” philosophical term.

Like all pivotal Husserlian terms, intentionality is a fundamentally descriptive word. What we mean by “descriptive” is that the word refers to a lived experience, not merely a theoretical idea, and as such intentionality must be grasped not merely conceptually and abstractly, but livingly, which is to say experientially.

Psychology students—who are apprentices in the craft of phenomenology—acquire a sense of what “intentionality” means not only in their readings of Husserl, Merleau-Ponty, and others, but also in the very midst of their encounters with research participants and interview data. We can say that for phenomenological psychological researchers, philosophy is a necessary foundation—yet the proving ground for their grasp of these ideas is in the encounter with others.

For those who want a taste of the literature, Sandowsky offers a nice philosophical reflection on the phenomenological attitude.

When we’re engaged in Husserlian psychological research, Giorgi writes (PDF), we adopt what we call a phenomenological attitude. This attitude is neither esoteric nor ambiguous—though it may be difficult, and takes time to grow into. A phenomenological attitude, while personally lived, is not an idiosyncratic, merely personal perspective. On the contrary: it is a specifiable research attitude, a way of seeing. Its parameters can be clearly described, and its usefulness experientially verified.

One implication of entering a phenomenological attitude is that, as psychologists, we employ the methodical research procedures which Husserl termed the phenomenological epoché and reduction. We also remain cognizant of the intentionality of consciousness when we are analyzing the data gathered through interviews. Naturally, this is a complex practice, one that, like any sophisticated research praxis, is only internalized over time by dint of repetition, reflection and self-critique, and with the help of guiding feedback from knowledgeable others.

One obstacle commonly faced by beginning students is their tendency to lapse, reflexively, into an empirical attitude with respect to research data they have collected. This means that a student “forgets” that he or she is phenomenologizing, and instead begins to relate to the details of the interview data as facts rather than as phenomenal, psychological meanings.

In other words, the student drops the phenomenological attitude and views the interview data within what Husserl termed a “natural” or “naïve” attitude—placing the emphasis on facticity rather than meaningfulness. In this case, the student has forgotten that we are seeking to grasp the psychological meanings in the participant’s description, and instead has unwittingly begun viewing the interview data in terms of what may have factually occurred to the participant, or what we think “really happened,” rather than in terms of what the occurrence meant, psychologically, to the participant.

Facticity is a complex idea; what I mean to indicate here is that when we interview research participants, we must avoid reducing their lived-experience to merely the “facts” of the matter. Students new to phenomenology can forget that the psychological meanings of the other’s experience exceeds the empirical facts: the anniversary of a birth, a death, or a marriage, for example, is not merely a recurrent factual point on the calendar—for the person who livingly relates to that date, it brings along with it a whole host of meanings, memories, anticipations, lived-presences or absences. These meanings are linked to the factual date, but not contained within the date as a merely empirical-temporal marker. The psychical includes the empirical, but is far broader than the merely empirical.

March 15 is my sister’s birthday—but for me, that date has a horizon of many meanings including our shared childhood, my anticipation of her upcoming birthday this year, perhaps a present to be bought, a phone call made, thoughts about her children, my nieces, memories of past birthdays celebrated, thoughts about the next time I will travel cross-country see her family. In fact, the whole of my living relationship to my sister is summoned up when I recall “March 15th”. Life history, memories, futures, care, distance, longing for distant family—all of that is implied for me in “March 15”. None of these meanings are simply empirical, but they are all richly psychological.

Consider another, hypothetical example: imagine that the phenomenon we are studying is the lived-experience of humiliation. We have asked participants to describe a particular experience in which they were deeply humiliated.  Say that one of our participants, during the interview, relates that that many years ago his high school football coach humiliated him during practice by “busting his chops” in front of his whole team for not pushing himself hard enough, and making him feel “less than nothing, just worthless, a total failure.”

If we maintain a phenomenological attitude, we’ll remember that this is the meaning for the participant. We bracket the question of what words the coach in fact used on that day in the past, and what the coach’s purpose might have been in doing so. Why? Because we’re interested in the meaning for the participant—we’re not trying to determine empirically what the coach did, or why.

By the way, as phenomenologists we also have to bracket the meanings we ascribe to the phenomenon so that we can discover what the experience means for the other. So for example, “humiliation” in this case might have been the “last straw” that led our research participant to quit the football team, or it might have been the shock that spurred him to commit himself completely and become, for the first time, a dedicated team player. If we are phenomenologizing, we are not seeking to validate our own preconceived idea of what humiliation means—we’re seeking to discover what it means for the others.

In listening to our participants we “empathize” in a broad sense: we are interested in the meaning, for them, of what they’ve lived. Of course, this requires care. Yet this does not mean we “agree” with the participant, or affirm (ontologically) their rendition of what they’ve lived. This is another point that is sometimes lost upon beginning students of phenomenology.

Existential psychotherapy provides a useful analogy. As Spinelli has written, in therapy a clinician’s care for the other is expressed, in part, by NOT validating the client’s self-construct and interpretation of lived-events as the only, exclusively correct, and final understandings. Instead, the therapist in a sense “brackets” what he or she hears, simultaneously acknowledging and questioning the other’s reported experience—and this means potentially challenging the meanings the client has previously ascribed to given events.

In research, by analogy, we are not committed to ontologically affirming the participant’s account of what they have lived, but we are deeply interested in the meaning for the participant of what he or she has lived. Having interviewed multiple participants regarding their experience of a given phenomenon, we’re seeking to discover an essential psychological structure of that phenomenon. Far from erasing the individual human person, we are valuing him or her not in idiosyncratic isolation, but as members of an intersubjective community—an encompassing community of meaning. Our attitude as researchers is a mode of empathy: we value the psychological meaningfulness of the other’s experience regardless of the “facts of the matter.”

Years ago while working with schizophrenic clients, I learned to bracket the facticity of what was being reported to me. I recall a client who described being haunted by the ghostly apparitions of her neighbors, floating through the walls to verbally abuse her. In order to acknowledge the meanings of these experiences for her, to be present and dialogue with her about what she was living, I relied upon my knowledge of phenomenological bracketing and the epoché. This reliance freed me from the impoverishing injunctions of a mental health system that advised us to always narrowly “reality test” and never to “validate the psychotic delusions.” A phenomenological perspective enabled me to acknowledge the meanings of these experiences for her, simultaneously enriching my grasp and practice of research. Phenomenological researchers, as therapists, value the other by seeking to understand what they’ve lived, as it was present for them.