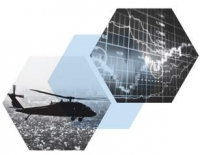 The Institute for Economics and Peace (IEP) released a new report this week detailing the macroeconomic effects of US government spending on wars and the military since World War II. The report studies five periods – World War II, the Korean War, the Vietnam War, the Cold War, and the Afghanistan/Iraq wars – highlighting the effect on seven macro-economic factors: debt, consumption, investment, jobs, taxes, government deficits, and inflation.

“The U.S. has paid for its wars either through debt [World War II, Cold War, Afghanistan/Iraq], taxation [Korean War] or inflation [Vietnam],” said Michael Shank, US vice president at the Institute for Economics and Peace.”Excessive military spending can displace more productive non-military outlays in other areas such as investments in high-tech industries, education, or infrastructure,” continued Shank. “The crowding-out effects of disproportionate government spending on military functions can affect service delivery or infrastructure development, ultimately affecting long-term growth rates. When comparing the direct multiplier effects of military spending to other forms of government spending, it is not as productive in economic terms as spending in infrastructure, education, or even as tax cuts to increase household consumption.”

The report shows the following economic indicators experiencing negative effects either during or after the conflicts:

• Public debt and levels of taxation increased during most conflicts

• Consumption as a percentage of GDP decreased during most conflicts

• Investment as a percentage of GDP decreased during most conflicts

• Inflation increased during or as a direct consequence of these conflicts

The higher levels of government spending associated with war tends to generate some positive economic benefits in the short-term, specifically through increases in economic growth occurring during conflict spending booms. However, negative unintended consequences occur either concurrently with the war or develop as residual effects afterwards thereby impeding the economy over the longer term.

The Institute for Economics and Peace (IEP) is an independent, non-partisan, non-profit research organization dedicated to shifting the world’s focus to peace as a positive, achievable, and tangible measure of human well being and progress. IEP achieves its goals by developing new conceptual frameworks to define peacefulness; providing metrics for measurement; uncovering the relationship between peace, business and prosperity, and by promoting a better understanding of the cultural, economic and political factors that drive peacefulness.