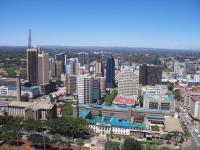 As life’s great moments continue to unfold, I experienced some rather intense moments last week that culminated in attempts of mindful and critical reflection, an exercise that started out really well. And, as I gave my thoughts permission to wander and flow yonder, like a little bird perched on a branch basking and absorbing the warmth of the early morning sun, I was soon immersed in a space that felt like nothing short of a self-pity party.

This is not where this exercise was supposed to take me, but I had worked my way into this space and, as I tried to make meaning of what was emerging, something caught my attention. For a moment, I thought that perhaps a huge insect had clung onto the arm of a young woman that stood a few yards from where I was seated. As I got ready to draw her attention to her arm, I realized that there was no insect on her arm, it was a scar. It turned out to be a scar that remained following several stitches she obtained when she received treatment for an open wound that had been inflicted on her by her former husband.

I was deeply struck by the way she so calmly proceeded to explain what had happened to her. I write about this encounter with this young woman’s full consent and, for the purpose of this writing, I will call her Mrembo, which means “beautiful one” in Kiswahili.

Mrembo is 25 years old. She got married at age 14 and had five children in a span of seven years. She explained that she had not intended to get married that young, but was faced with a situation that forced her to stay married to her former husband, a “successful” secondary school teacher with relatives that are considered “watu wakubwa,” or “big people” in Kiswahili intended to connote important, wealthy, or influential people.

With tears in her eyes, Mrembo explained that just after she completed her primary school national examinations, a male cousin of hers asked her to do him a favor that required her to visit a woman who lived in a nearby village. When Mrembo arrived at that homestead, she was abducted by a man that locked her in his house and repeatedly raped her for several weeks and no one came to her rescue despite her desperate calls for help. Mrembo’s ordeal from the rape required that she receive medical attention, but she was not allowed to leave this man’s house. So, her assailant’s relative, a medical doctor who runs a private clinic in the area tended to Mrembo’s physical injuries.

Mrembo says she got pregnant and feeling extremely ashamed of what had happened to her. She felt that no one would accept her in her condition and did not want to burden her mother, a poor widow caring for five other children. The man that abducted and raped Mrembo became her husband for seven years.  Her hope was that he would take care of her and her child. When Mrembo was pregnant with their youngest child, the man told her that her “contract” with him was over and he wanted to marry another woman—a more educated woman. One night at about 1 a.m., Mrembo’s husband came home with another woman and ordered her to leave the home with the children. When Mrembo resisted, her husband along with the woman he had brought home with him physically assaulted her, punching her face several times, piercing her hand with a sharp object before tying her down and shaving off her braided hair with a panga (or machete) in front of their five children.

At that moment, with only the clothes on their back, Mrembo and her children walked into the dark of the night feeling fortunate that some of her relatives helped her get the medical attention that she required. Mrembo explained that her former husband had not intended for her to leave the home for good so he tried to get her to go back and, when she resisted, he banned her from his home and forbade her from collecting her personal belongings, which included her national identification card and her primary school national examination certificate.

Mrembo reported this incident to the local area government authorities, but was turned away with one of the officials telling her there was nothing he could do for her because her former husband was “mtu mkubwa,” meaning “a rich, influential or important man.” The official advised Mrembo to go to her mother’s home, calm down, and return to her former husband’s home so that she could be able to take care of her children. Mrembo eventually left her five children with her grandmother so that she could come to Nairobi to look for some form of employment in order to take care of herself and her children.

I will continue Mrembo’s story in a future post.