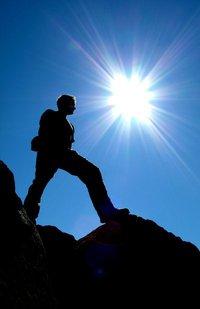 The March 28th edition of New York Times magazine had a deeply inspiring article about some unique programs being adopted by the U.S. Army to help returning war veterans with post-traumatic stress disorder. Instead of medical treatment and therapy, the programs focus on activating a natural capacity of the human being for growth, learning, and personal reorganization after a traumatic event. They teach the vets how to shift their attitudes from being self-pitying victims to focus instead on finding opportunities and possibilities to create significant positive life changes.

In the 1980s, I published two studies that introduced themes that had similar conclusions. In the first, I looked at the literature on trauma—abuse, war, serious illness, job loss, loss and other deep tragedies—and noted that a small group of survivors used the trauma as an opportunity to derive important life lessons, leading to a new focus and even development of new positive skills that led them in new directions in their lives. The period of inactivity and reflection after the trauma led to their discovering opportunities for deep personal transformation that the respondents argued would not have occurred if they had not had the initial devastating experience to start them on their journey. After the change, they cited the transformation as one of the most important turning points in their lives. The second study looked at physicians who had changed their style of practice to identity themselves as “holistic” practitioners. With the self-healing powers of the individual as a focus of their work, these physicians talked about how personal adversity, especially serious illness, was the trigger that led them to make deep changes in the way that they practiced medicine.

There have always been stories of athletes who overcome loss of limbs and are able to ski, climb mountains, and compete in triathlons, and these hero stories also highlight the mobilizing of one’s inner strength in the face of adversity. The stories of the veterans showcased in the New York Times article focus on such changes and how their wounds and the devastating experience of seeing comrades die have led them to reconsider what they think is important in their lives. Some of these changes are spontaneous and perhaps speak to a pre-existing set of skills or a mindset that can overcome anything that life sends them.

The question is whether these skills of personal discovery can be taught and transferred to more conventional people who are not pre-disposed to this style of personal resilience. The answer seems to be that many people can, in fact, learn these skills and apply them to their lives. The programs offered by the U.S. Army focus on developing skills that are familiar to humanistic psychology—to define and clarify what values are important to them, to see themselves as an active agents designing their lives, and to take active steps to enhance their lives today, rather than  mourn their losses. The intention is to have the person activate latent, but powerful, abilities of the human psyche so that the psyche will change itself, even after adulthood. Once that shift begins to occur, the person is able to make different choices that, in turn, lead him or her to seek out and find new experiences, which continue to influence and expand the psyche and life choices. The process encourages the person to overcome feelings of isolation brought on by trauma by seeing him- or herself as a learner eager to get out in the world despite any significant handicaps.

These capacities are often neglected or not given the chance to flourish in traditional mental health treatment, especially in models typically offered to the armed forces in public health care settings. We can contrast this view of human resilience with the medical view of traumatized veterans as victims, or patients who have incurable medical condition that require medication, leaving them permanently scarred and less able to rejoin the human community as productive and useful citizens. Too many of our service programs reinforce the sense of personal helplessness, victimhood, and inadequacy.

Of course, we have to remember that spontaneous personal transformation is relatively rare, and that is why the stories are so noteworthy. The programs described for veterans, much like the ones that are offered in Saybrook’s mind-body medicine program, are trying to help them move from a position of being stuck in negative and self-defeating patterns to get in touch with their inner resources for self-healing and growth. These same features also characterize many of the approaches described for organizational and social healing in this blog.

The model of self-healing and growth discussed in the New York Times piece was supported by research in personal resiliency and stress management that were around from the 1970s. At this time, the discoveries of mind-body connections and the ways that people could increase or decrease their personal response to stressful situations led to the creation of stress management and personal renewal programs aimed at enhancing one’s mastery of life stress. Drawing on such stress and burnout research, my colleague Cynthia Scott and I formulated four elements that we call the Four C’s of Self-Renewal. We published them in our book Self-Renewal, which was first published in the late 1970s as From Burnout to Balance (and it’s still in print). The Four C’s are:

1. Commitment — Taking a life goal or task that matters to you and working on something that is meaningful.

4. Connection — Tapping into the ability to share and draw support from other people or the use of social networks for support.

We, as well as countless others, created programs to help people develop these abilities, which are now being applied to the treatment of serious trauma.

The activation and deployment of one’s personal resiliency begins with several mental shifts in what the individual attends to, which in turn lead to changes in behavior. These shifts include:

These skills and practices of self-renewal draw from new and old research on how the individual can recover from trauma and make a positive difference in their lives.