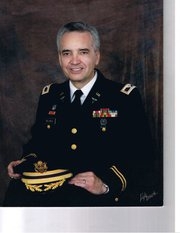 A fog of drugs and war    By Kim Murphy, Los Angeles Times

In a drunk driving and auto theft case last year, Air Force pilot Patrick Burke was found not guilty “by reason of lack of mental responsibility” — a result of the prescription drugs he’d taken.

By Kim Murphy, Los Angeles Times
April 7, 2012, 3:24 p.m.
SEATTLE — U.S. Air Force pilot Patrick Burke’s day started in the cockpit of a B-1 bomber near the Persian Gulf and proceeded across nine time zones as he ferried the aircraft home to South Dakota.

Every four hours during the 19-hour flight, Burke swallowed a tablet of Dexedrine, the prescribed amphetamine known as “go pills.” After landing, he went out for dinner and drinks with a fellow crewman. They were driving back to Ellsworth Air Force Base when Burke began striking his friend in the head.

“Jack Bauer told me this was going to happen — you guys are trying to kidnap me!” he yelled, as if he were a character in the TV show “24.”

When the woman giving them a lift pulled the car over, Burke leaped on her and wrestled her to the ground. “Me and my platoon are looking for terrorists,” he told her before grabbing her keys, driving away and crashing into a guardrail.

Burke was charged with auto theft, drunk driving and two counts of assault. But in October, a court-martial judge found the young lieutenant not guilty “by reason of lack of mental responsibility” — the almost unprecedented equivalent, at least in modern-day military courts, of an insanity acquittal.

Four military psychiatrists concluded that Burke suffered from “polysubstance-induced delirium” brought on by alcohol, lack of sleep and the 40 milligrams of Dexedrine he was issued by the Air Force.

In a small but growing number of cases across the nation, lawyers are blaming the U.S. military’s heavy use of psychotropic drugs for their clients’ aberrant behavior and related health problems. Such defenses have rarely gained traction in military or civilian courtrooms, but Burke’s case provides the first important indication that military psychiatrists and court-martial judges are not blind to what can happen when troops go to work medicated.